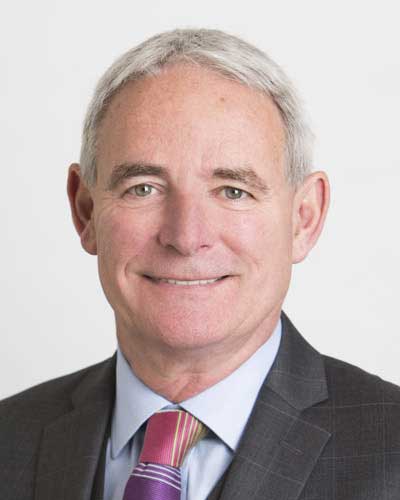 Any discussion of the regulatory landscape across the globe is complicated by the dominance of U.S. regulators in the statistics. Of the enforcement actions included in-scope of this research, the U.S. had accounted for 95% of the penalty amounts against firms and 80% against individuals. Equally, the U.S. dominated the number of penalties issued globally, with 73% against firms and 72% against individuals. Consequently, activity in the U.S. drives the global trends observed and can obscure less obvious changes taking place elsewhere.

One significant impact of this is that a slowdown in the activity of the U.S. regulators last year compared to 2016 and 2015 looks like a global trend. The number of U.S. penalties issued against both firms and individuals combined has fallen on average by 34% since 2015.

In some jurisdictions, that is a fair reflection of the reality. Notably, the UK – where the FCA is one of the most active of the regulators outside the U.S. – has seen the number of fines issued last year drop significantly from 2016. In fact, that number has fallen every year since 2013, although fine amounts have fluctuated, influenced heavily by the very large penalties imposed because of the benchmark manipulation cases. Market manipulation action also disappeared from the UK figures after 2015, with the largest FCA fine in 2017 imposed for AML failings.1

However, looking across other jurisdictions tells a different story. In the rest of Europe, for instance, enforcement action has actually increased, particularly against individuals. In 2015 in Europe, there were two significant cases against individuals involving a fine; in 2017 there were 14. Activity in Europe is bolstered by more active enforcement from regulators such as the Irish Central Bank and French AMF – particularly against asset managers in the case of the latter, including a €35 million fine, the largest on record.2 It is also boosted by new entrants to enforcement, including ESMA, with action against a credit ratings agency;3 and more cases from the EU Commission against big banks for operating a cartel with respect to euro interest rate derivatives.4

In Asia Pacific, meanwhile, regulators have largely maintained the pressure, including in Australia, where the Federal Court handed out the highest ever civil penalty in the country’s corporate history last year.5 Hong Kong is also busier than ever, with more enforcement outcomes there in 2017 than the UK.

One constant across regulators globally, however, is a relative dearth of large fines against individuals, where almost all the big cases come from the U.S. With an increased emphasis on individuals and new regulatory frameworks in jurisdictions such as the UK and Hong Kong, it will be interesting to see how this changes in the years ahead.

While the level of activity varies, there’s significant consistency in the area attracting the greatest number of fines. In the U.S., UK, Europe and Asia Pacific – as well as Canada, Australia and Hong Kong – corporate governance, and specifically, firm management is the issue to most frequently attract regulatory action.

Singapore is the exception, where it was financial crime, specifically AML and due diligence, that was the most active area. In fact AML and due diligence were both common priorities and top areas of enforcement activity across Europe, Hong Kong and Asia Pacific as a whole, as was disclosure to clients across the U.S., Australia and Asia Pacific. Outside of these traditional enforcement areas, however, there is less of a pattern: The wide variety ranges from frequent activity around market manipulation and regulatory reporting in Europe, to a focus on client order execution in Asia Pacific, particularly in Australia.

As ever, this variety reflects both genuinely different regulatory priorities and happenstance. Particularly for smaller regulators with fewer resources, issues that arise can quickly come to dominate the enforcement agenda; we are seeing that with the 1MDB scandal in Singapore, for instance.

What is true across the globe, however, is that those jurisdictions that aspire to be key international financial centers must be able to demonstrate they have a credible enforcement regime. Notable in recent years, is the increased enforcement activity in emerging centers regulators with fewer resources, headline-grabbing issues that they seize upon can quickly come to dominate such as China,30 as well as an uptick in enforcement activity in certain European countries outside the UK. 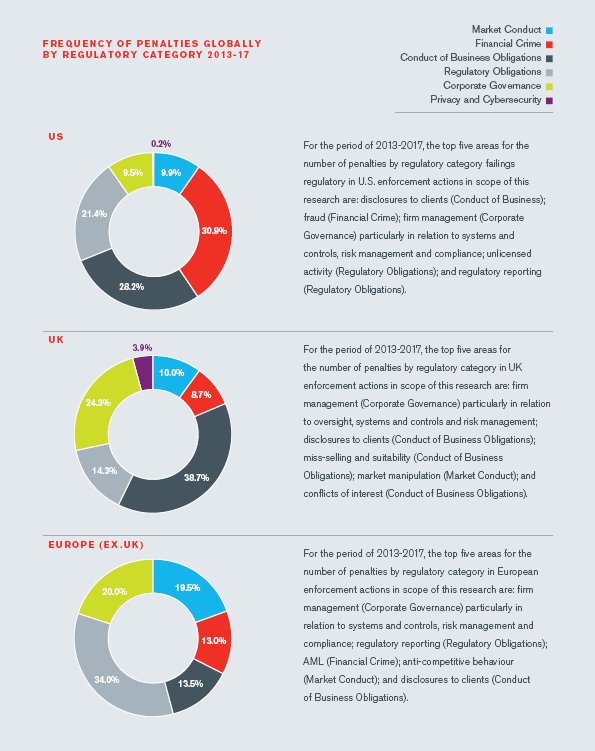 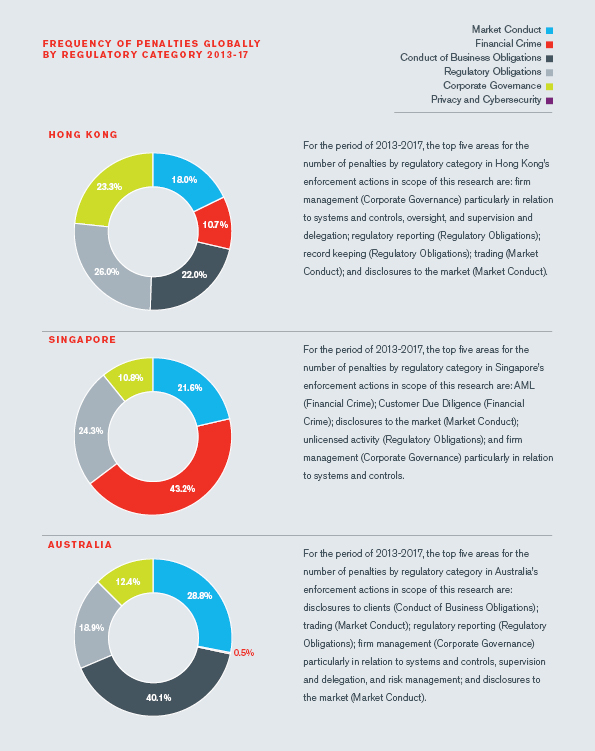