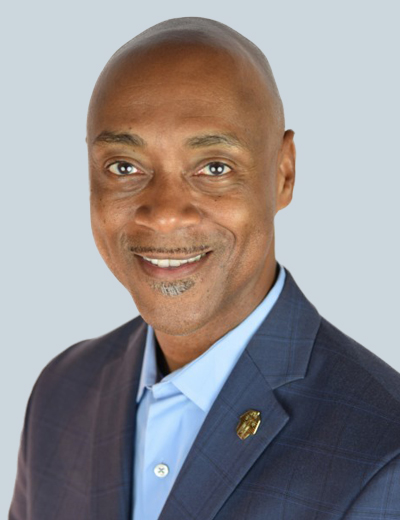 William Rolack Sr. is Kroll’s Chief Inclusion and Diversity Officer, based in New York. He has over 20 years of experience leading diversity and inclusion strategies, human capital management and mobility management. William works closely with the Kroll leadership team and other stakeholders to develop strategic programs aimed at accelerating inclusion and diversity in the workplace and the commercial impact those programs have on high performing teams that drive economic value, innovation and business integration.

Prior to being appointed Chief Inclusion and Diversity Officer at Kroll, William led the Global Diversity & Inclusion strategy at Workforce Logiq, strengthening the company’s culture of belonging and advising clients looking to develop and improve a diverse workforce.

He has also served as Senior Director, Workforce Strategy, Diversity, Inclusion, and Strategic Alliances for Major League Baseball’s (MLB) Office of the Commissioner. In this role, he developed relationships with hundreds of diverse national and local strategic alliances to expand MLB’s pool of thousands of qualified women and diverse candidates. He executed specific recruitment strategies for 30 ballclubs, two business groups and the Commissioner’s office.

Previously, William also served as the director of Global Marketplace Diversity & Inclusion (D&I) for Adecco Group North America, where he executed the firm’s D&I strategy for over 8,000 employees in the U.S. and influenced over 40,000 worldwide through global D&I council initiatives.

William has extensive experience helping companies achieve their commercial goals by leveraging diversity and inclusion initiatives including experience working as a senior strategy consultant for Diversity Best Practices, where he created, grew and measured first-in-class diversity initiatives for over 225 national and global chief diversity officers and CEOs.

Currently, he is on the board of Abilities Inc. – The Viscardi Center, which prepares adolescents and adults with all types of disabilities and levels of experience for entry or re-entry into the workforce. William has served as Chairman on the Executive Board of the Urban League of Long Island, president of National Association of African Americans in Human Resources (NAAAHR) and serves as the Immediate-past National President of the Association.

William has been featured in several publications, which include the Black Enterprise Business Report, WMHT’s New York Now, News 12 Long Island, Newsday, The Network Journal, HRO Today, CIO.com and Long Island Business News. He is a guest diversity, equity and inclusion (DE&I) lecturer for Howard University School of Business. Additionally, he has also been a guest speaker at conferences and forums, such as The World Diversity Leadership Summit in Prague and Vienna and the Global Women’s Leadership Forum in London. He has also spoken for several organizations such as the Society for Human Resources Management, Columbia University’s School of Business and the National Urban League.

William has been named the National Association of African Americans in Human Resource’s Human Resource Trailblazer of the Year for 2021 and he is listed in the Staffing Industry Analysts (SIA) 2021 inaugural list of DE&I influencers. He has received a proclamation from the New York City Council for his work as a mentor and professional coach and for his contributions in the human resources field.

William holds a B.S. in business administration from South Carolina State University and an MBA in organizational development from Long Island University.