Estate Freezes &ndash; The Opportunity For Your Business Publication

Download Article: Estate Freezes - The Opportunity For Your Business.pdf (0.2) MB

During the 2008 financial crisis, many Canadian business owners took advantage of recession-driven lower valuations to reduce and defer capital gains taxes. This recession, sparked by COVID-19, presents a similar opportunity. Business owners can freeze or refreeze their shares at low market values while positioning their families and business organizations for the growth in value that will follow as the economy recovers.

The global response to COVID-19 essentially shut down major sectors of the global economy, resulting in the shares of some public companies appreciating in value, while others suffered losses.

While the broader markets were down 5-10% year-to-date as of June 17, 2020, the internet & catalog retail sector increased by 33%. In contrast, the energy equipment & services sector struggled and was down 49%.

Business owners operating in sectors that have been adversely affected by COVID-19 should consider consulting their tax advisors to assess whether their specific situation warrants the implementation of an estate freeze or refreeze.

Download a table summarizing these recommendations over the period January 2008 – present.

Valuators should work closely with management to assess the impact of COVID-19 on a subject company’s financial outlook.

The Mechanics of a Freeze

In order to affect an estate freeze, the holder of common shares of a business (i.e. the “growth” shares) exchanges those shares for fixed-value preferred shares. At the same time, new common (or growth) shares are issued to one or more persons other than the “freezing” shareholder. These new shares are typically issued to one or more of the freezing shareholder’s children or a family trust with the children named as beneficiaries.

The Warmth in a Freeze

Fictitious Scenario: Jim owns all the common shares of a corporation through which he operates a network of fitness studios/gyms (“FitCo”). In 1993, Jim acquired the business for $20 million from an arm’s length party. Jim has two sons and a daughter. Let’s assume (a) Jim will pass away in 2030 leaving all of his shares in FitCo to his children; and, (b) at the time of Jim’s death, the value of FitCo will have increased to $100 million.

Upon Jim’s death, subsection 70(5) of the Income Tax Act deems him to have disposed of all his assets immediately before his death for proceeds equal to the assets’ fair market value. As such, in 2030, Jim is deemed to have disposed of all the common shares in FitCo for $100 million. Based on current tax law, half of the capital gains associated with such a deemed disposition will be included in Jim’s income for the year and consequently, his estate will incur a significant tax liability on the $80 million gain (i.e. $100 million valuation less the original acquisition cost of $20 million).

In this situation, Jim could have implemented an estate freeze prior to death. Let’s assume in this first instance that Jim effected an estate freeze in early 2016 when FitCo was valued at $50 million. At the time of the freeze, Jim could have exchanged his common shares of FitCo for redeemable fixed-value preferred shares with a value of $50 million. FitCo could then issue new common shares to Jim’s children with a nominal or nil value. Any future value growth would accrue to the newly issued common shares held by Jim’s children, and Jim’s equity value in FitCo would be “frozen” at $50 million.

Upon his death, Jim would still be deemed to have disposed of his assets at fair market value, but given the estate freeze, his gains would be locked in based on the $50 million valuation of his redeemable fixed-value preferred shares, and not the $100 million valuation of his common shares had he not implemented an estate freeze. Consequently, Jim would report significantly lower capital gains on his terminal tax return and his estate would incur a lower tax liability.

The above scenario illustrates the feasibility of an estate freeze for Jim and his family in 2016. However, COVID-19 has been particularly harsh on Canadian fitness companies as gyms, and many fitness clubs have been mandated to shut down their operations to curb the spread of the virus. Membership revenues declined drastically during the shutdown and clients were at home searching for, testing and using competitive alternative at-home options, such as on-demand or live virtual workout classes.

In this situation, the opportunity to affect an estate refreeze should be assessed. If the value of FitCo has declined below the value of Jim’s fixed-value redeemable shares, a refreeze may make sense depending on the magnitude of the depreciation in value.

In a refreeze, the fixed-value preferred shareholdings are restructured so they have a lower fixed value, which enhances the tax deferral benefit of the initial freeze. The owner’s assets are essentially refrozen at a lower value than the original freeze, resulting in an even lower capital gain being triggered upon death.

Continuing with the previous example, assume FitCo’s value declines to $35 million in 2020 as a result of COVID-19 and subsequently recovers to an amount greater than $50 million on the date of Jim’s death. Absent a refreeze, Jim’s capital gains and tax cost will be determined upon his death based on a $50 million valuation of his preferred shares (i.e. based on the initial freeze). Alternatively, if Jim refroze his shares in 2020 at a $35 million valuation, his death date tax liability would be determined based on this lower refrozen amount, representing a significant benefit to Jim’s family.

It is ideal to consider and implement an estate freeze when the value of a business is at its lowest, as this will help maximize the amount of tax savings for a freezing shareholder’s estate. However, timing this value trough is difficult, if not impossible. Many industry sectors have been adversely affected by COVID-19 and the resulting economic fallout. The decline in the value of corporations presents an opportunity for a re-freeze. If we review historical market trends, valuations are likely lower now than they will be in the coming years as the economy experiences a recovery. 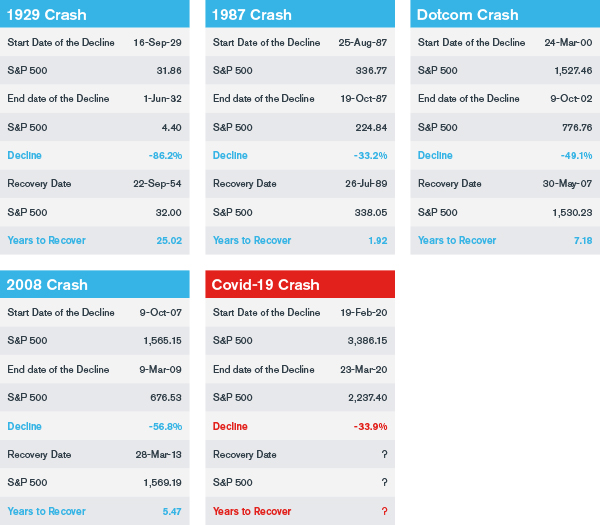 The Freezing Shareholder Can Maintain Control

It might be daunting for a business owner to transfer ownership and future value growth to his/her children. The children may not be ready for ownership, or they may have no interest in managing the business. It is essential for current business owners contemplating a freeze to understand that the benefits of a freeze do not necessarily come at the cost of relinquishing control to a new group of “green” shareholders. The freezing shareholder can affect a freeze, unleash the tax benefits of the freeze, and still maintain control until death or the time that he/she deems it appropriate to relinquish control.

In this conversation, it is useful to step back and remember the difference between management and ownership:

A change in ownership resulting from the freeze will bring a new shareholder dynamic with more parties having a legal rights and entitlements than before the freeze. As such, a thorough review and assessment of the freezing corporation’s governance policies, shareholders’ agreement (with emphasis on liquidity provisions), dividend policy and executive compensation (with emphasis on employees that are also shareholders) should be undertaken before the freeze to ensure the corporation is prepared for the new ownership dynamic.

Some business owners may be hesitant to undertake an estate freeze despite currently favorable economic conditions. Often, business owners have heirs whom they feel are too young or not ready to take control of their business. However, with the proper planning, an estate freeze can permit a business owner to maintain control of the corporation through their newly-acquired redeemable fixed-value preferred shares, special voting control shares or by implementing only a partial freeze wherein the business owner continues to hold some common shares with voting rights.

In addition, the use of a discretionary trust can also allow for control over the allocation of future growth in value. This can be a particularly effective method if the freeze or refreeze value is below the value that the current shareholder would like to realize in order to fund their retirement or utilize the full lifetime capital gains exemption.

A trust can also be useful in these circumstances when the freezing shareholder is hesitant about assigning all future growth to the next generation. In the example above, Jim is passing considerable wealth to his children. If Jim is uncomfortable with this, a tax professional can assist to reorganize FitCo to allow Jim to maintain control over the business while his children transition into the role as business owners. Jim’s common shares can be held in a trust until Jim feels his children are ready to hold them directly.

Making the Best of an Economic Downturn

The shockwave of COVID-19 is making its way through Canada’s economy, depressing the valuations of many businesses. However, like an investor “buying the dip” when markets crashed and subsequently recovered during previous recessions, a properly timed estate freeze or refreeze represents a tremendous opportunity for Canadian business owners planning for the future of their families and businesses.

Duff & Phelps recommends consulting a professional tax planner to discuss if an estate freeze or refreeze may be beneficial for your business. There are a variety of methods that can be used to implement these reorganizations, with techniques tailored to optimize the benefits for each individual’s estate and tax plans.

Tax valuation and consulting in connection with transactions, compliance, planning and disputes.

The replacement of London Inter-Bank Offered Rate (LIBOR) is a multiyear transformation, and the impact will be a seismic shift in core operations, vendor relationships and loan products.