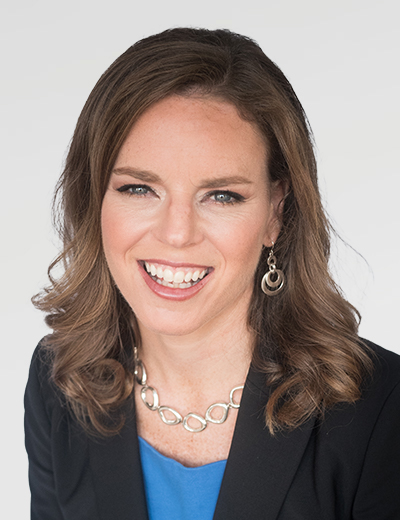 While 2021 for most economies was a year of fiscal and monetary accommodation to counter the impact of the coronavirus on the economy, 2022 will be characterized broadly by policy normalization. Barring new variants of the virus that are highly transmissible and deadly, fiscal and monetary policymakers will stop pushing the pedal to the metal on stimulus to support economic growth.

Nowhere is this more evident than the U.S. The result will be a different growth and inflation outlook towards the end of the year than we are seeing now. In December 2021, Personal Consumption Expenditures (PCE) inflation, the Fed’s preferred metric of inflation, hit 5.8%, nearly the highest rate in four decades—while CPI reached 7%. The consensus was that the Fed was behind the curve on leaning against inflation and withdrawing monetary accommodation. This view was cemented further when the US saw real GDP growth accelerate from 2.3% annualized in the third quarter of 2021 to a robust 6.9% in the fourth quarter. Even Fed Chair Jay Powell retired the phrase “transitory” to describe higher inflation.

Economists such as Larry Summers and Olivier Blanchard warned early in 2021 that fiscal stimulus measures were overdone and would overheat the economy and drive inflation higher. According to the Brookings Institution’s Fiscal Impact Monitor, fiscal stimulus was a tailwind for growth in the first quarter of last year, but from thereon out it will be a drag. Based on estimates from the Office of Management and Budget, the fiscal retrenchment the U.S. will undergo in 2022 relative to the previous year will be the second largest in the country’s history.

Such fiscal retrenchment isn’t a concern if stimulus measures went into household bank accounts and will now be unleashed as higher consumption. According to data from the JP Morgan Institute, low-income households benefited the most from fiscal stimulus measures but have also burned through them faster. Low-income households have a high marginal propensity to consume (they spend a larger percentage of their savings on things like rent, food and healthcare). If they have already spent most of their financial cushion, they cannot be relied on to drive consumption higher in 2022. The upshot is that these people may reenter the labor force to find jobs, alleviating the shortage of workers we have seen over the course of the past year and reducing upward pressure on wages and prices.

The investment outlook will look less favorable in 2022 as well, as interest rates rise. U.S. Treasury yields have already backed up significantly in the first few weeks of 2022, with corporate yields following suit. Foreign demand will also remain tepid as China’s economy continues to slow.

Weak domestic and foreign demand and a strengthening U.S. dollar will take upward pressure off of inflation in the U.S. Supply chain disruptions may be even worse in the first quarter of 2022 than last year as workers fall ill, consumers stay home and outbreaks in China force factory closures and lockdowns. But on the other side of the omicron wave, supply chain disruptions should begin to abate. There are signs this may already be underway, as order backlogs and supply delivery times have improved in recent months.

As COVID-19 becomes endemic, with luck before the end of the year, the structural drivers of lower inflation over the past 15 years should reassert themselves. High market concentration, low worker power and technological innovation have all been turbocharged over the course of the pandemic and should put downward pressure on inflation.

Even with inflation abating in H2, we expect the Fed to hike rates three times in 2022, beginning in March after the balance sheet tapering process has concluded. We also believe the Fed will begin shrinking its balance sheet shortly after the first rate hike, using caps as it did in 2015-2019 to give investors clarity on the pace while also maintaining some flexibility. The balance sheet run-off will be faster than in 2015-2019, but we do not expect it to disrupt markets given that growth and inflation are stronger now than the previous period, the weighted average maturity of assets on the Fed’s balance sheet is shorter and the Fed has established a Standing Repo Facility (SRP) that should serve as a circuit breaker to prevent another spike in repo rates as reserves become scarcer like in September 2019.

China enjoyed strong growth in the first half of 2021 (in part because of the weak year-earlier comparison) but slowed down significantly in the first half. The Chinese slowdown was deliberately engineered as President Xi sacrificed short-term economic growth in favor of longer-term goals such as financial stability (particularly in the real estate sector), common prosperity and achieving CO2 emissions targets. The outlook for growth in 2022 depends on how the Communist Party sees the balance of these priorities. At the 2021 Economic Work Conference in December, officials clearly signaled that they would support the economy in 2022 with fiscal and monetary stimulus. Still, we expect continued commitment to these longer-term goals, which will continue to drag on growth.

There are two key risks for the Chinese economy. First, China continues to pursue a zero-COVID-19 policy, which makes it particularly vulnerable to outbreaks of highly transmissible variants such as omicron. Lockdowns and factory closures will persist until the omicron wave passes, dragging on growth. Second, authorities aim to deflate the real estate bubble in China and reduce moral hazard in the sector by reducing investment, causing defaults among property developers. The government aims to manage these defaults, but if they begin cascading, we could see a hard landing for the Chinese property market, which directly and indirectly accounts for roughly 20% of the Chinese economy.

A slowdown in China and higher interest rates in the U.S. could cause instability in a number of emerging markets (EM). EM countries plan to retrench in 2022-2023 as they try to reign in their fiscal dynamic after paying for measures to address the pandemic. Many EMs, particularly in Asia, are heavily reliant on China for demand. In addition, EMs have reduced their reliance as a whole on Eurodollar bonds for sovereign financing but increased it for private sector financing. As the Fed hikes rates and the U.S. dollar appreciates, that will make this foreign denominated debt more difficult to service. Furthermore, much of EM trade is invoiced in U.S. dollars, making imports more expensive in local currency terms. According to data from the Institute for International Finance, EMs excluding China saw a sudden stop in capital flows at the end of 2021. These factors could prompt a series of sovereign debt crises in EM in 2022-2023.

Is Europe a Bright Spot?

EU countries will continue to benefit from what one Italian policymaker referred to as “free money from heaven” in 2023 as Recovery and Resilience Fund (RRF) money is dispersed. These funds come in the form of both grants and loans and are financed by mutualized debt issued at the EU level. A significant portion must be earmarked for the green transition and digitalization, both of which should boost potential growth in member states. Eurozone countries in particular will also continue to benefit from significant monetary accommodation as the European Central Bank (ECB) is likely to maintain negative rates through 2022.

There are two risks regarding the use of RRF money. First, they are dispersed with conditionality; member states must implement the European Commission-recommended reforms to receive tranches of funds. Many of these reforms have been proposed for decades and have not been implemented previously because they’re politically difficult. Even if member states do manage to carry out these reforms, they may not find good projects to spend the money on, and administration may be bureaucratic and slow. On average, EU member states tend to absorb roughly half of the structural funds dispersed by Brussels. Spain and Italy absorb about 35% and 39%, respectively, but are set to receive the largest chunk of the RRF in absolute terms. If member states cannot absorb the RRF money by the time it expires in 2026, northern European countries are unlikely to agree to mutualized debt again.