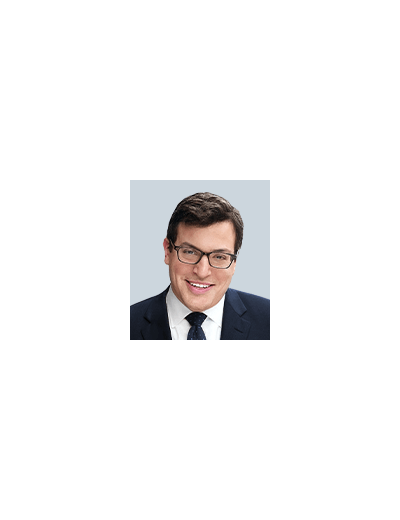 Sources estimate that globally between 250,000 and 400,000 sailors are currently stranded or over-contract on board cargo ships due to factors arising from efforts to contain the spread of COVID-19.1 Dubbed the “crew change crisis,” the International Maritime Organisation (IMO) estimates that an additional 400,000 crewmembers are also unable to enter their ships.2 Seaborne trade accounts for over 90% of worldwide trade and the stranding of sailors could become one of the most significant factors disrupting the flow of goods around the world. The longer the crisis continues, the greater the financial burden on shipping companies. Thus, the larger the potential risks to disrupting global supply chains, labor actions, safety violations, and a surge in maritime criminal behavior.

Causes of the Crew Change Crisis

Since Q1 2020, governments around the world have been imposing widespread changes in crew change procedures. Bloomberg reported that 120 countries or territories have stopped or limited access for ships to conduct seafarer changes.3 The lack of key worker status for sailors in most countries means that they do not benefit from the ease of transfer, unlike nurses or airline crews. Further, long stays at sea mean many have lost visa rights to enter their nearest ports, causing regulatory blockages even if their shipping firms purchase tickets home.4 Restricted flight schedules due to COVID-19 have also exacerbated this issue.5 Navigating regulations and restrictions has also been problematic. Johan Thuresson, Gulf Agency Company Dubai’s General Manager, stated that constantly changing regulations present a significant challenge for shipping and maritime support services to provide advice.6

This presents a major problem for a shipping industry which usually undergoes an estimated 200,000 crew changes per month.7 The longer the crisis continues, the greater the financial burden on shipping companies who are financially liable for their crews’ relocation.8 The difficulty in carrying out the majority of these crew changes has left shipping analysts warning that supply chains are at a “critical risk of collapse.”9

The impact of COVID-19 restrictions has also aggravated pre-existing issues within the shipping industry. Crewmen from developing nations were already impacted by fewer labor rights.10 Rahul Khanna, Global Head of Marine Risk Consulting at AGCS, told Allianz that “crew and maintenance budgets are among the first areas that are cut.”11 Therefore, many sailors stuck on board have not been paid for their time on idling ships and may be owed significant amounts of back pay.12  Additionally, the IMO’s Secretary General spoke out against “no crew change” clauses in charter parties in December 2020.13 These popular clauses state no crew changes can take place while the charterer’s cargo is on board, and thus, ships are not allowed to deviate to ports where crew changes could take place.

Furthermore, the shipping industry is jurisdictionally fragmented; every ship is connected to multiple entities: a vessel’s owner, its operator and its staffing agency. This poses challenges in attempting to hold any one entity accountable for on-board working conditions.14 Furthermore, repatriation arrangements and burdens fall on regulation-light flag states should shipowners fail to meet the cost of repatriation.15 Anemic regulatory burdens and fines in these jurisdictions mean that often the seafarer or shipping company’s home state has to step in, significantly slowing the process.16

This crisis presents significant and multifaceted risks to global supply chains. The determining issue is crew fatigue, which brings significant labor, safety and maritime crime risks. Minor issues such as regulatory and physical delays are also present. The scale of this crew change crisis and its intractability, owing to pre-existent conditions of the shipping industry and COVID-19, mean supply chain risks in global shipping will continue to increase.

One of the primary risks to global supply chains is the possibility of labor action and safety violations as a result of poor crew well-being. Bottom-up labor action might contribute to significant delays in shipping. The International Transport Workers Federation (ITF) points to poor working conditions, including little medical care and food, to explain a rise in fatigue, depression, and suicides.17 A number of online reports suggest that sailors have been suffering from serious mental health issues owing to malnutrition and insomnia.18 Reports of apathy towards safety regulations from over-contract and fatigued crewmembers abound. An sailor claimed that "we are extremely burnt out and we don't care about anything on the vessel anymore.”19 Lloyds List Maritime Intelligence has warned of the risks that a fatigued crew poses to logistics; there are several reports of strikes on ships, especially in the dry bulk market.20 Additionally, over-contract, overworked seafarers are increasingly getting support from international maritime seafarer’s unions. ITF Seafarers, one of the world’s largest charitable maritime trusts, has stated that its affiliated unions will now assist “hundreds of thousands of seafarers to exercise their right to stop working, leave ships and return home.”21 Without practical, enforced and worldwide governmental exceptions to crew-change operations, organized labor action could result in even greater logistical blockages in shipping.

Safety risks as a result of poor crew welfare are another outcome of the crew change crisis. Allianz states that crew fatigue, one of the major underlying causes of human error, contributes to around 75% to 96% of marine incidents.22 Allianz’s Q2 survey of safety issues in 2020 shows these incidents have increased by 20% compared to 2019, with 2,815 shipping incidents in July 2020 alone.23 The number of incidents with car carriers and roll-on roll-off car ferries and the number of total losses, have also increased by 20% compared to 2019 figures.24 These safety risks also pose a significant environmental threat. The Oil Companies International Marine Forum warned that fatigued, careless crew present a danger to ships carrying oil; more vessel crashes and safety violations add to the risk of oil spills.25

Another risk to global supply chains from the crew-change crisis is maritime crime. After a decade of strong worldwide anti-piracy action, 2019 was a year with very low piracy incidents. Global lockdowns and subsequent economic malaise have led to a surge in piracy worldwide,26 and between January and June, piracy incidents in Asia have doubled.27 Worldwide incidences of maritime crime jumped by 25% in the first half of 2020.28 An International Union of Marine Insurance event in September heard from Richard Luckyn-Malone of Herminius, a strategic intelligence firm, which stated that the crew change crisis also has the potential to aggravate this rise in maritime crime.29 Overworked and fatigued crews mean their ships pose an easy threat to pirates. Lloyd’s List Intelligence outlined that demoralized crew with months of back pay would find it more difficult to resist overtures by organized crime.30 A loss of pay and apathy may also tempt over-contract or stranded sailors to sell some of their stock on black markets. These black-market sales could be masked due to logistical logjams and under-staffing at ports as a result of COVID-19 lockdowns.31 Though these numbers and possibilities will inevitably seem stark in comparison to the safety of 2019, continuing economic uncertainty leads Luckyn-Malone to state that “this upward trend [in maritime crime] will continue for the foreseeable future.” 32

The response to COVID-19 regulations on shipping has been uneven.33 In mid-July, 12 countries, including the U.S., Philippines, Denmark, Singapore and the U.K., signed an agreement to recognize seafarers as essential personnel.34 The International Labour Organisation released a landmark ruling in December 2020, which found that governments’ failure to recognize ship farers as keyworkers had breached shipping crews’ rights and failed to comply with the provisions of the Maritime Labour Convention.35 Some shipping companies have also dealt with the crisis successfully; global ship management company V. Group has repatriated 7,315 seafarers in the three months from March 2020 to June 2020.36 However, chronic issues endemic to the shipping industry such as the difficulty to adjudicate responsibility for crew welfare, anemic regulatory standards and belt-tightening as a result of the COVID-19 crisis mean the crew change crisis will continue. Ruwan Subasinghe, Legal Director of the International Transport Workers’ Federation, stated on 23 September that “efforts to resolve … the crew change crisis haven’t gained much traction.”37 As of March 2021, the crew change crisis remains unresolved. Therefore, the health and economic crisis impact on the shipping industry, together with poor pre-existent regulatory standards, means this crew change crisis will continue to pose risks to global supply chains.