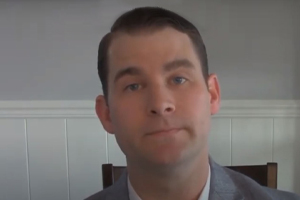 Prior to joining Kroll, Matthew was a Special Agent with the U.S. Department of State, Diplomatic Security Service for 12 years. Most recently, he was the Regional Security Officer at the U.S. Mission to the United Nations, responsible for overseeing and administering a sophisticated series of overlapping physical, procedural and technical security programs to ensure the protection of 200+ employees, a high-value facility and classified national security assets.

From 2013-2015, Matthew served in the Executive Office of the Secretary of State in Washington, D.C. alongside the most senior members of the State Department, including the Secretary of State, Deputy Secretaries of State, Under Secretaries of State and their senior staffs. Matthew focused primarily on counterintelligence and information security issues, and coordinated with U.S. Embassy colleagues across the globe to ensure proper protections were in place for safeguarding classified materials when the Secretary traveled.

As a member of the Major Events Coordination Unit from 2011-2013, Matthew oversaw operational security and law enforcement planning for high-profile international events, including the Pan Am Games in Guadalajara; the Summer Olympics in London; the Winter Olympics in Sochi; the FIFA World Cup in Brazil; and the Summer Olympics in Rio de Janeiro. During this time, Matthew also volunteered to be one of the first Special Agents/Regional Security Officers to re-enter Tripoli, Libya, after the fall of the Gadhafi regime to re-establish a U.S. embassy and rebuild the U.S. presence in the country.

From 2009-2011, Matthew was a member of the Regional Security Office at the U.S. Embassy in Dublin, Ireland. Here he was responsible for all physical, procedural and information security programs at the embassy as well as acting in a liaison capacity between the Irish police (An Garda Síochána) and the U.S. law enforcement community.

In the year prior to his service in Dublin, Matthew was the senior member of the Regional Security Office in the remote and disconnected areas of Al-Hillah, Iraq, where he was responsible for the safety and security of 900+ American, Iraqi and other multinational personnel on a day-to-day basis. Matthew was the Special Agent in Charge of high-threat protective details, to include high-profile and undercover/low-profile protective operations, supervising more than 300 American protective security specialists and over 200 physical security specialists.

Matthew started his career with the State Department as a Special Agent at the Washington Field Office, where he led multiple complex investigations often involving the inter-agency law enforcement community. In one representative example, Matthew served on a multi-agency taskforce led by Immigration and Customs Enforcement that was investigating human smuggling. The investigation culminated in a multi-city operation, where more than 300 suspects were arrested and subsequently prosecuted for their involvement in human trafficking activities.

Protecting personnel from both harm and embarrassment, each with their own unique threat landscapes, is precisely what Kroll’s executive protection specialists excel at.

“Threat management” is a comprehensive process by which threats are received, investigated, assessed, researched and all mitigation and intervention options are carefully considered. Kroll specializes in the precise and carefully measured application of threat management principles to thwart your most compelling threat actors, while continuously maintaining control of your overall narrative.

Address your travel risks at a pace that suits your needs with a robust assessment designed to minimize the impact of running your business.

Our highly trained experts employ the most advanced technical equipment available and can guide you through the security controls that address the risks that affect your organization.

Plan and attend special events at ease, knowing that your safety is secure from potential hazards with our time-tested methodology developing, organizing and implementing security plans. 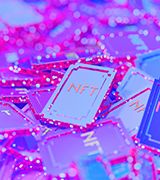 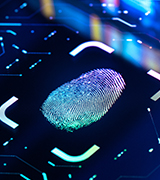 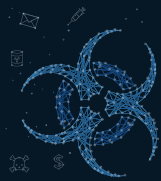 Sales and Use Tax Services 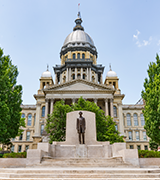