In 2013, Kroll launched its inaugural study of goodwill impairments recognized by European companies.

Now in its sixth edition, the 2018 European Goodwill Impairment Study (2018 Study) continues to examine general goodwill impairment trends across countries and industries within the European market.

The analysis in the 2018 Study is focused on companies in the STOXX® Europe 600 Index, which is comprised of large, mid and small capitalization companies across just under 20 countries of the European region, for the 2013-2017 calendar years.

In the fifth anniversary edition, Kroll introduced new analyzes of goodwill impairment trends and statistics for benchmark stock market indices in four countries. This year’s sixth edition expands that effort to include Italy, which means the following five indices are now analyzed:

Key general highlights from the 2018 study include: 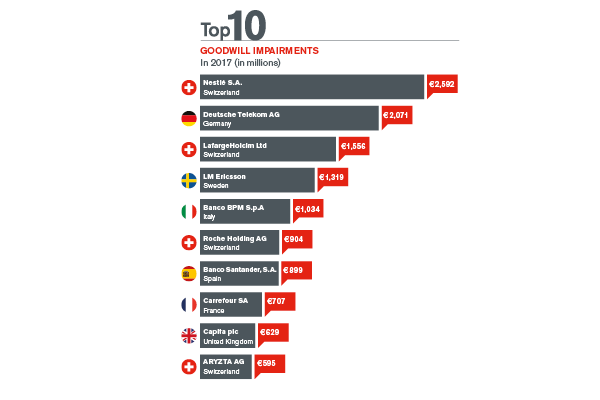 4 out of the 8 highlighted countries within the STOXX® Europe 600 saw a decline in the proportion of companies recording a goodwill impairment in 2017. Germany saw the largest increase, while Italy showed the largest decrease.

Key industry highlights from the 2018 Study include: