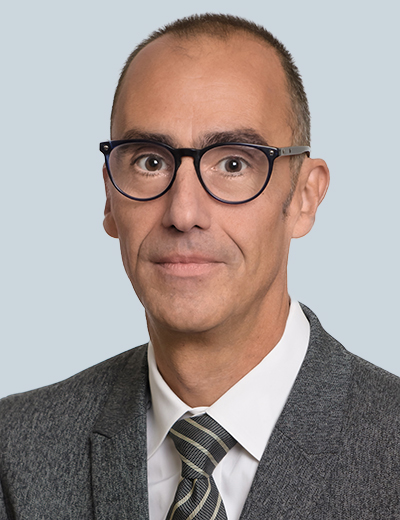 The income method of the U.S. regulations on cost-sharing agreements is celebrating its 10th anniversary as a specified method promulgated under the realistic alternative principle of U.S. Treas. reg. section 1.482-1(f)(2)(ii)(F). The good news is that it is theoretically sound. The bad news is that as a practical matter, discount rates used to discount cash flows in two realistic alternatives often result in endless controversies between taxpayers and the IRS.

As a reasonableness condition, assume that x+, x-, μ+, and μ- are such that the investment has a strictly positive expectation, Eμ (x) > 0. Assume that -1 < rx is the appropriate discount rate for cash flow x. Then, the price of the investment on date t = 0” is:

Written as a short (instantaneous) rate, solve for γx and discount at e-γx:

The previous equation is the Taylor representation of the exponential function as a polynomial up to its quadratic term. Given the value of the riskless short rate γx,

Working with the short rate γx or with the period rate rx is equivalent.

I will proceed with the period rate. The condition -1 < rx ensures the existence of a strictly positive price p. As a practical matter, assume 0 < rx (a strictly positive discount rate). To eliminate the discount rate in the previous equation, consider the yield on one-year riskless cash deposit on date t = 0 to be r — it is, for example, the yield-to-maturity of a zero-coupon Treasury bill, note, or bond of the same tenor as the maturity of the subject cash flow. Then, solve the following equation:

The solution to that equation is:

The question now becomes where to find a reliable measure of λ. The good news is that it is easy to do once a reliable measure of the riskless short rate is obtained — we need that rate to measure λ, as well as to discount the market’s financial projection developed under that measure λ. A controversy concerning a measure of the riskless short rate is much easier to resolve than one concerning discount rates.

In a typical discounted cash flow measure, the probability μ is a subjective probability measure of a specific investor’s beliefs about the likelihood of future possible cash flow. The discount rate rx is then a hurdle rate, also specific to the investor, that measures the minimum expected growth rate in the value of the subject investment required for an investment of comparable systemic risk as the subject investment. In a typical cost-sharing agreement, a financial projection is developed by a taxpayer under her subjective probability measure.

Investors are heterogeneous in their degree of risk aversion and the hurdle rates they use; heterogeneity brings liquidity to a market, which in turn brings trades. All those heterogeneous investors meet on the New York Stock Exchange or the Nasdaq; they become market participants and trade based on their intrinsic valuation of the subject investment relative to its current trading price. Those trades aggregate the market participants’ heterogeneous beliefs about the probability of future cash flows into the market’s beliefs about the likelihood of future uncertain cash flows; a new market price and financial discount rate are formed.

IRS Administration of the Income Method

Controlled taxpayers develop a financial projection in the two realistic alternatives of licensing and cost sharing, preferably heeding guidance in U.S. Treas. reg. section 1.482-7(g)(4)(vi)(F) on financial projection and discount rates, which is arguably the most underappreciated yet critical provision in the regulations. Those two financial projections are developed under the taxpayer’s subjective probability measure μ. Each of the resulting expectations of cash flow is then discounted at the taxpayer’s appropriate hurdle rate for cash flows of comparable risk to the risks the cash flows in the two realistic alternatives are exposed to. By taking the difference between the discounted value of the cash flows in the cost-sharing and licensing alternatives, a taxpayer’s measure of the platform contribution transaction (PCT) is obtained.

How does the IRS audit PCTs? In an outbound cost-sharing arrangement, a strategic U.S. controlled taxpayer may have an incentive to be overly pessimistic in her financial projection and select a hurdle rate that is unreasonably high. Instead of jointly challenging the taxpayer’s selected subjective probability measure and hurdle rate, the IRS generally leaves the financial projections alone but challenges hurdle rates by reference to measures of financial discount rates for cash flows of comparable risks. Thus, when a transfer pricing adviser calculates a PCT for a taxpayer, the taxpayer typically provides its subjective financial projection, and the adviser sets the taxpayer’s hurdle rate by reference to a financial discount rate, with the hope that it will satisfy the IRS test. A challenge on the financial projection is possible, but it is predicated on the periodic adjustment regulation, which requires the benefit of enough hindsight (years after the PCT). The periodic adjustment regulations implement the 1986 commensurate with income standard but, as a practical matter, are best viewed as ineffective. Therefore, the administration of the income method by the IRS involves a “sanity check” on the hurdle rates used in discounting the financial projection in each of the two realistic alternatives by reference to market measures of market participants’ discounts for financial cash flows of comparable risks, respectively. The capital asset pricing model is one method that can be used for that purpose. Thus, what the IRS is really testing is the reasonableness of the hurdle rates used in valuation by comparing them with uncontrolled measures of market-measured discounts for financial cash flows of comparable risk.

For an infinite number of future possible cash flow outcomes, λ becomes a continuous function defined over cash flow spanning the real line R. In that case, a cash flow is allowed to be negative as long as its expectation is strictly positive, which is a constraint on its probability distribution. That makes it clear that challenging a financial projection is really challenging the probability measure used to develop the financial projection. It is not a challenge to the cash flow because all investments have the same support of cash flow — namely, the real line R or its strictly positive, uncountably infinite subset R+. “Discretizing” that continuum of numbers into a discrete number of possible future cash flow buckets, each with a probability measure, is a practical simplification.

Conceptually, a cash flow has a continuous domain that is uncountably infinite. Therefore, any periodic adjustment challenge under the commensurate with income standard is a challenge on the probability measure, not on the cash flow.

If the probability measure used to develop the financial projection is the pricing probability, then the discount rate used must be the riskless rate. As illustrated by p = Eλ (x) ⁄  1 + r = Eμ (x)  ⁄ 1+rx, I do not need the taxpayer’s financial projection Eμ (x) or hurdle rate rx to obtain a measure of the arm’s-length price p. All I need is (1) a forecast, which is different from a financial projection; (2) the pricing probability distribution λ that I can read from the market on which the stock trades; and (3) the yield-to-maturity on a cash deposit (riskless) of the same maturity as the investment (numeraire). That result extends to multiple periods and to any number of possible future cash flows at any future date.

The income method of the cost-sharing regulations is the only method that derives its authority directly from the realistic alternative principle used as a valuation principle. It must be measured. The regulations suggest the use of discounted cash flow but come short of mandating it. Discounted cash flow is a measure of the intrinsic value of an uncertain cash flow to a specific investor endowed with a specific degree of risk aversion. A discount above and beyond the time value of money is required to compensate for the investor’s risk aversion; the greater the investor’s degree of aversion, the greater the discount required. A competitive market then produces a price outcome resulting from trades occurring between heterogeneous market participants endowed with heterogeneous beliefs about the likelihood of future cash flow and degrees of risk aversion. That price outcome can be “decomposed” into a probability measure over all possible future cash flows and the riskless rate of return (bond numeraire). That probability measure is called the pricing probability or risk-neutral probability and can be measured empirically; it contains a measure of the market’s average degree of risk aversion resulting from the aggregation of all heterogeneous market participants’ beliefs about the likelihood of future cash flow and hurdle rates.

There is no need for discount rates in measuring the PCT of the income method.

There is no need for discount rate controversies.