The March 2019 Christchurch mosque shootings in New Zealand, especially the internet livestreaming of the first attack, has everyone talking about the use of social media threat monitoring to preempt violence. The idea isn’t new. Law enforcement agencies and corporate security teams have used social media monitoring for years in their efforts to anticipate and thwart various attacks.

However, many decision-makers today are not fully aware of – or can account for – the complexities that affect the usefulness of social media monitoring as a security measure. If your organization is leaning toward monitoring social media threats to better protect people and facilities, here are some important things to consider before moving forward.

When most people hear the term social media, they think of mainstream websites and platforms like Facebook, WhatsApp, Tumblr, etc. The reality is that social media is a vast online environment.

No one knows the exact number of social media sites, but recent research indicates that there were over 3.4 billion active social media users in 2018. Some attackers might be vocal on mainstream social media sites before an incident. However, just as many, if not more, could be active on obscure, anonymous forums where aggressive and potentially dangerous behaviors like cyber bullying, hacktivism and even terrorism tend to blossom, such as those frequented by so-called “incel terrorists”.

A fundamental challenge with social media monitoring, then, is knowing where to look and how to surface credible threats from amidst the overwhelming noise and chatter in time to prevent an incident.

Key Steps for Must-have Balance of Technology and Human Expertise

The massive social media environment obviously calls for the help of automation to pick up threats in time to take action. But any automated monitoring system will only be as effective as the human experience that underpins and directs searches, validates results and when applicable, supports the pursuit of legal remedies.

What to Look for in Technology Resources

What to Look for in Human Expertise

The failure to analyze machine-generated alerts can lead to a waste of investigative resources and public embarrassment. For example, an innocent man was arrested by law enforcement on suspicions of terrorism when a machine mistranslated “good morning” in a social media post as “attack them;” the post had not been reviewed by a native speaker of the original phrase.

A nonprofit organization’s outside counsel learned of a threat to disrupt the nonprofit’s annual day of charitable giving. Our initial assessment confirmed that threat actors were planning to hijack the client’s social media campaign with highly contentious, hot-button rhetoric and images.

In collaboration with the client and their outside counsel, we developed a strategy to use multifaceted social media threat monitoring to prevent/minimize the effects of the potential cyberattack:

In addition to implementing a customized solution (or while evaluating social media threat monitoring options), we recommend reaching out to local law enforcement and/or their local fusion center. Fusion centers serve as primary focal points within a state or major urban area to receive, analyze, gather and share threat-related information among all levels of law enforcement. Because trends happen nationwide, fusion centers have the advantage of a wide view of threats.

Joining local business groups or local chapters of national/international cyber security or risk management organizations like the National Cyber-Forensics and Training Alliance (NCFTA), the Electronic Crimes Task Force (ECTF) and InfraGard is another way to keep current with persistent and new threats and to learn about best practices for mitigating risks.

Social Media Threat Monitoring is Not a Panacea

Social media threat monitoring has its limitations, particularly those relating to privacy protections. For example, private channels are not open to monitoring by private security firms. Relying solely on social media monitoring for threat alerts could lead to a false sense of security.

Social media monitoring can provide critical information on threats, but organizations and their security teams are well advised to not lose sight of the forest for the trees. The usefulness of social media monitoring is best leveraged in a holistic risk management approach, one that incorporates diverse security strategies, including a range of cyber security measures.

A version of this article was originally published by GARP Risk Intelligence. 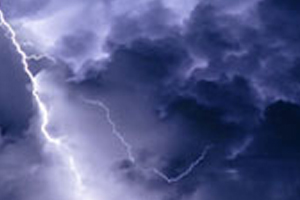 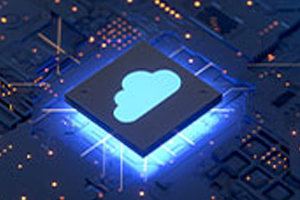