Africa’s wealthiest Forbes-listed tycoon lost $4.4 billion in a little over a month toward the end of 2014. He was not alone. Several of Nigeria’s largest listed companies have seen their market capitalization shrink dramatically over the last year due to a combination of local and global macro-economic factors. These include the devaluation of the naira, which has erased tens of billions of dollars from the value of the country’s economy.

Other countries across the continent with economies closely tied to commodity prices are also experiencing pain. Following a 47% drop in the price of iron ore in 2014, South Africa’s largest producer announced in February plans for job cuts and reduced capital expenditure. In Zambia, the sliding copper price has caused the kwacha to depreciate to record lows against the dollar. Several mining companies in that country are considering cutbacks.

In the oil and gas sector, businesses providing services to larger exploration and production operators have already come under immense pressure to narrow their profit margins. Many projects which have not yet entered production may be mothballed as the majors shore up capital and independent firms can no longer afford the risk of exploration in frontier markets. Some large-scale job cuts have already occurred.

The complex and rapidly evolving economic landscape may have serious implications for corporate and public governance in the African natural resources sector.

However bleak the current picture, though, in the eyes of many investors, African natural resources remain an attractive prospect in the medium- to long-term. Projects in advanced stages or where a significant amount of capital has already been committed are likely to continue. Furthermore, opportunities exist for savvy buyers with strong balance sheets to pick up assets at a discount, directly or through mergers and acquisitions.

Which risks do those buyers need to be aware of? Kroll has seen that the current complex and rapidly evolving economic landscape may have serious implications for corporate and public governance in the African natural resources sector. This in turn is affecting how our clients need to evaluate their routes to market, raise funds and scrutinize their existing portfolios of businesses across the continent.

One area of potential concern is increased uncertainty in political decision-making driven by a packed political calendar. By the close of 2015, many African countries – among them key markets such as Nigeria, Ethiopia, Guinea and Cote d’Ivoire – will have seen parliamentary and presidential elections take place. As a result, long-standing political fault lines may be disrupted, with substantial implications for the private sector in a region where the gap between business and politics is often indiscernible.

At the same time, officials are contending with an increasingly demanding electorate. In almost every country, governments are coming under mounting pressure to extract more value from natural resources for the local population, whether through increased revenue for state coffers or enhanced local content laws. The result is a credible fear that perceived “resource nationalism” is likely to deter foreign investment at a time when low commodities prices and devaluating currencies are leading to bloated budget deficits.

These factors have led to erratic or reactive decision-making in some cases, causing uncertainty for local and international investors. For example, in 2014 the majority of mining companies operating in Zambia paid next to no income tax, citing a failure to turn a profit due to poor market conditions. However, the government–under increased pressure to raise revenue–accused mining companies of tax evasion. It controversially scrapped corporate tax but increased mineral royalties from 6% to 20%. This resulted in widespread protests and several operators threatened to close down. In January 2015, Zambian elections ushered in a new administration which ultimately reversed the contentious mining tax policy, but investor confidence will take time to recover.

Apart from political uncertainty, the challenging economic environment also increases the risk that players across the natural resources sector will be tempted to cut corners in order to unplug bottlenecks, recoup costs on existing projects or secure project finance. This in turn significantly heightens the risk of encountering fraud and corporate malfeasance.

Quality intelligence is critical to pre-empting the risks

Two examples drawn from a wide range of intelligence gathering and investigative assignments conducted by Kroll in recent months illustrate some of the more common risks.

With market capitalization shrinking and cash flow under pressure, smaller listed mining companies – particularly those pursuing a single mineral play or in regions affected by Ebola – have been under severe financing pressure. Some management teams have looked to unorthodox sources of funding that they would not consider in a more stable economic environment. In one case, Kroll was retained to investigate the background and probity of two young Angolans, who had offered to inject several hundred million dollars into our client’s mining operations. Our research centered on the identity of the potential investors, the provenance of their wealth and their connections to the Angolan political elite. We identified several areas of concern–in some cases a question of what was absent rather than what was present. First, the two individuals had no discernible track record in the sector and had never been involved in securing financing for projects of this scale. Despite thorough and widespread inquiries in Luanda, we were unable to identify anyone who could vouch for their reputation. Moreover, our investigation revealed serious doubts about the credibility and legitimacy of the individuals’ source of funding. We found information to suggest that they could be acting as “fronts” for unknown actors, potentially politically exposed persons or government officials through a series of offshore vehicles and accounts. Ultimately, the client, against its initial hopes, chose to decline the funding package.

How funds are–or are not–being used can be just as problematic as their source. Recently, an international mining and metals group asked Kroll to investigate progress at an African mine site in which it had invested. Since putting in its money, our client had received minimal communication from the project developer, not been invited to participate in decision-making on the mine’s operations and been blocked from accessing the site (in breach of its agreement with the developer). Kroll drew on its regional knowledge and portfolio of well-placed local contacts to assess progress of the project and gather live intelligence on the project developer’s activities and intentions. We learned that the developer had missed certain deadlines and performance benchmarks imposed by the host government, was under immense funding pressure and was discreetly seeking to raise fresh equity which would have resulted in a material dilution of our client’s stake in the mine. Our evidence informed the client’s tactical response to the problem and was also shared with their external legal counsel in support of litigation against the project developer.

Investments in natural resources give rise to particular risks because of the scale and longevity of financial commitments, and the need to interface closely with government regarding licenses, permits and taxes. Furthermore, fraud and corporate malfeasance are not always identified by traditional legal and financial due diligence. Our recent work in Africa has uncovered many types of fraud ranging from regulatory and compliance breaches, through to conflicts of interest and vendor, supplier and procurement fraud. It is only by fully understanding how and when these issues occur across the continent that investors can accurately gauge the risk, increase the chance of controlling it and create a stronger framework for realizing a return on their investment in a challenging investment climate. 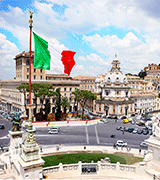 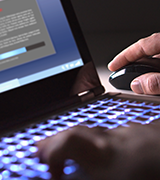 The Outlook is Worsening 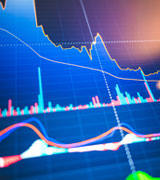 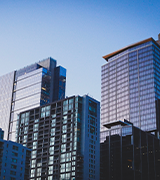 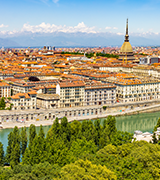 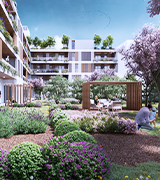 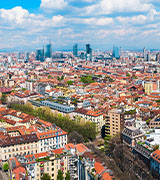 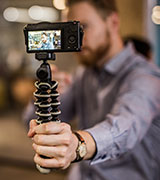