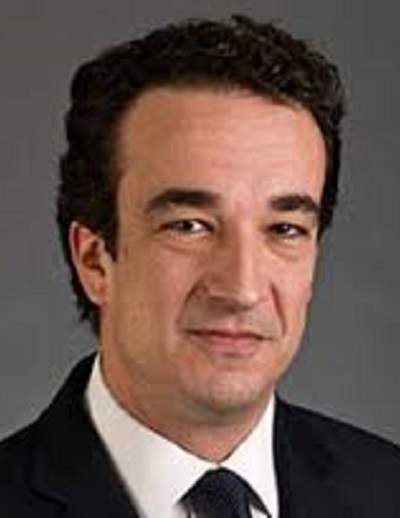 Olivier Sarkozy is the Founder and Managing Partner of Further Global and serves as the Chairman of the Investment Committee.

Prior to joining Carlyle, Olivier was Global Co-Head of the Financial Institutions Group at UBS Investment Bank. He joined UBS in January of 2003, after spending 11 years at Credit Suisse First Boston (“CSFB”), where he was a Managing Director in the Financial Institutions Group. While at UBS, he worked on many of the largest mergers in the U.S. financial industry, including, amongst others, advising Sallie Mae in its attempted $25 billion take-private transaction and subsequent recapitalization, Mellon on its $17 billion merger of equals with The Bank of New York, Charles Schwab on its sale of US Trust to Bank of America, MBNA on its $36 billon sale to Bank of America, Wachovia in its $14 billion acquisition of Southtrust, National Commerce in its $7 billion sale to Suntrust and Regions Financial in its $6 billion merger of equals with Union Planters. While at CSFB, Olivier advised Wachovia in its merger of equals with First Union and concurrent defense against a competing hostile proposal from Suntrust, Dime Bancorp in its merger with Washington Mutual, Wells Fargo in its merger with Norwest and Wells Fargo in its successful hostile acquisition of First Interstate. In addition, while at UBS, Olivier was involved in a number of important equity capital raising transactions, including CIBC’s $2.9 billion recapitalization and Sallie Mae in its $3.0 billion recapitalization. While at UBS, he also acted as lead advisor in a number of other notable transactions, including Dime Bancorp’s private placement of preferred and other equity securities to Warburg Pincus, as part of their successful defense against a hostile tender offer from North Fork and the recapitalization of Glendale Federal Bank, which at the time was the largest recapitalization in U.S. history.

Olivier currently serves on the boards of Celink, Global Benefits Group, Payment Alliance International, LegalShield and Kroll. Olivier previously served on the boards of Bank United, Bank of Butterfield, TCW Group and DBRS, amongst others.