Lester Lim is a senior vice president in the Cyber Risk practice, based in the Hong Kong office. He has over 30 years of experience in Asia and Europe in various capacities, including operations, finance, administration, compliance, risk, capital markets and investment, and cyber security.

Prior to joining Kroll, Lester was the COO of Blackpanda Ltd., a boutique Asian digital forensics and incident response company. In this role, he managed operations, administration and finance matters for the group’s cyber security incident response services provider and its insurtech subsidiary.

Lester started his career in investment banking with Banque Indosuez in 1990 in Paris, followed by a stint with the bank in London. In his role as Deputy Head of Equity Capital Markets at Peregrine Capital Ltd. in Hong Kong, he was involved in some of Asia’s largest primary equity offerings. Thereafter, he joined Lafarge SA as Regional Head of Strategy in Singapore, where he was involved in the acquisition and subsequent operational integration of distressed assets throughout Asia. He then relocated to Paris, where he managed third-party financial investors across Lafarge’s emerging markets footprint.

In Hong Kong, Lester has also worked with GE Capital Services, where he was a part of GE Equity’s proprietary private equity team, making investments throughout Asia. A prior position included working as a headhunter at a boutique executive search firm, where he was responsible for developing the investment banking, capital markets, wealth management and corporate governance practices. He was additionally a co-founder at RimAsiaCapital Partners LLP,  Hong Kong-based private equity firm, where he led transaction teams and investment activities in multiple sectors, including natural resources, life sciences, semiconductors, media and pharmaceuticals.

Lester has authored an article titled, “Law firms in Asia at High Risk of Cyberattacks,” which was published on Law.com.

Ensure that your cyber security policy has the appropriate controls needed to keep your organization's information secure with a remediation plan in place in the event of an incident.

Security Culture as a Service (SCaaS)

Many organizations believe that cyber security awareness training for employees needs to be as serious as the topics covered. 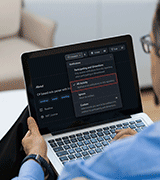 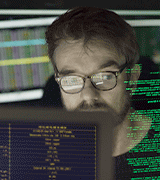 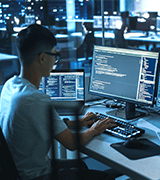 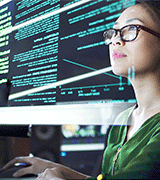