Jason is an Institute Fellow and former head of the Major Crimes Task Force in Afghanistan. As the leader of the FBI’s Criminal Cyber Squad, he was the first agent to conduct cyber-operational matters directly with the People’s Republic of China. 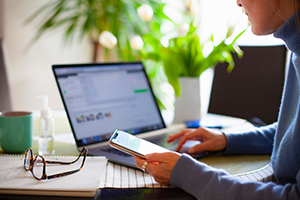 Jason Smolanoff is President of Kroll’s Cyber Risk practice, based in the Los Angeles office. Jason, who brings more than 20 years of federal law enforcement and information security experience, has played a leading role in some of the most significant cyber security investigations in history.

Over his career, he has specialized in supervising and investigating sophisticated computer and network intrusions conducted by state-sponsored organized crime, hacktivists, and insider threat actors, often developing and maintaining productive partnerships with international intelligence and law enforcement agencies as well as private industry.

Prior to joining Kroll, Jason was CEO of CISO Advisory & Investigations LLC, a firm he founded in 2015 to provide a wide range of outsourced information security services to publicly traded and private corporations, including their corporate boards and C-suite members. Concurrently, he has been serving as a Commissioner for the San Manuel Gaming Commission in Highland, California, a position he continues to hold.

From 2011 to 2015, Jason was a Managing Director in the Los Angeles office of Stroz Friedberg. In addition to business development responsibilities, Jason led engagements for over 100 matters touching all of the firm’s business units, including digital forensics, incident response, security risk assessments, and investigations. During this time, he also developed a profitable content protection and anti-piracy service offering for the firm.

Jason entered the private sector after serving with the FBI from 1999-2011, primarily from the Los Angeles field office. Most recently, he was the Supervisory Special Agent for the Cyber National Security Squad, where he supervised 12 Special Agents and Intelligence Analysts in responding to all aspects of complex cyber national security investigations with a nexus to counterintelligence and counterterrorism matters.

From 2010-2011, Jason was the lead mentor of the Organized Crime Unit (OCU), Major Crimes Task Force, in Kabul, Afghanistan. This role required significant liaison with numerous coalition, Afghan, and Intelligence Community partners from the United States, United Kingdom, France and Australia, as well as Afghan prosecutors and judges.

Prior to his service in Afghanistan, Jason served as Supervisory Special Agent for FBI Special Agents and Intelligence Analysts embedded in the U.S. Secret Service Electronic Crimes Task Force in Los Angeles. It was during this time that Jason served as the primary case agent and supervisor of all aspects of Operation Phish Phry (OPP), the largest cyber investigation and prosecution in history, which resulted in the arrest and prosecution of 100 individuals in the United States and Egypt. Earlier in his career as a Special Agent with the Criminal Cyber Squad, Jason was the first FBI agent to conduct operational matters jointly with the Ministry of Public Security in the People’s Republic of China. Jason was the primary case agent for the largest counterfeit software investigation in history, Operation Summer Solstice, which encompassed several complex undercover operations focused on gathering evidence to prosecute 50 individuals and seize over $500 million of counterfeit software.

Before entering law enforcement, Jason was a physical chemist employed by a major semi-conductor equipment manufacturer, where he specialized in facilitating the manufacture of cutting-edge computer chip technology for clients such as IBM, Intel, Motorola, Philips, Sony, and Lucent. His innovative leadership and solutions earned him two U.S. patents.

A noted authority in cyber-related matters, Jason is an Adjunct Professor with the Loyola Law School, as well as a member of Loyola’s Cybersecurity and Data Privacy Advisory Group. Jason has also often served as keynote speaker and delivered numerous presentations before a wide range of industry, academic, government, and corporate audiences around the world.

Comprehensive due diligence support primarily in the areas of tax, compliance and regulatory, operations, financial and accounting, investigations and disputes and cyber/IT risk.