Devon Ackerman is regional managing director for North America in the Cyber Risk practice of Kroll, based in New York. Devon is an authority on incident response and digital forensics. He has extensive experience in the investigation and remediation of cyber-related threats and incidents from his years with the Federal Bureau of Investigation as well as in the private sector. 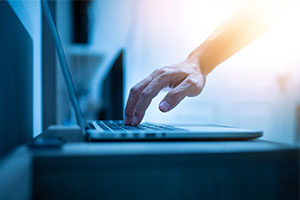 Devon joined Kroll from the FBI, where he was a Supervisory Special Agent and Senior Digital Sciences Forensics Examiner in the Digital Evidence Field Operations Unit. In this role, he oversaw and coordinated all FBI Digital Forensics-related field operations across the United States, spanning a variety of matters such as domestic terrorism, mass shootings, critical incident response events, and large-scale electronic evidence collections. Devon has also provided expert witness testimony in federal and state courts.

During this time, Devon developed a number of forensic tools that are still widely used. He was also the course material revision architect and co-author for the FBI’s CART Tech Certification program and Digital Evidence Extraction Technician (DExT) training curriculums. He began his career with the FBI in 2008, where he co-founded the FBI’s first North Carolina Cyber Security and Intrusion Working Group (eShield).