Cem Ozturk is Managing Director and Head of Australia, New Zealand and the Pacific Islands in the Business Intelligence and Investigations practice of Kroll, a division of Duff & Phelps. He is based in Sydney.

Originally from the U.S., Cem has over 15 years of experience across Asia Pacific. This includes eight years in Southeast Asia, leading Kroll’s rapid operational development in Indonesia and Myanmar, ultimately serving as the operational leader for the Singapore office. He remains closely involved in the firm’s Southeast Asian casework and is now responsible for operational and business growth across Oceania.

Prior to joining Kroll, Cem worked in six Asia Pacific economies, including India, Thailand, Japan and Korea. In addition to journalism and NGO work, he has produced publications for Japanese, Australian and international media focusing on Asian trade and investment. He has published investigative research on radical religious groups in Myanmar since 2003 and is a regular speaker at conferences. 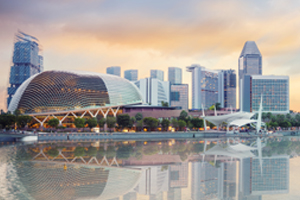 Kroll Advises on How Startups Should Focus on Good Corporate Governance