Bridging the Divide: Quantifying the Difference Between Financial Reporting and Transfer Pricing Valuations

What a difference a year makes… At the end of August 2021, the S&P 500 index had increased by 20% since the beginning of the year, while the NASDAQ Composite index (“Nasdaq”) had gained 18% (in price terms). New record highs were reached in mid-November 2021 for the Nasdaq and in early January 2022 for the Standard and Poor's 500 (S&P 500), as optimism about the recovery from the COVID-19 pandemic continued to fuel stock prices. Goodwill impairments for U.S. companies were almost non-existent in 2021.1

Fast forward one year and the picture is dramatically different. From the beginning of 2022 through the end of August, the S&P 500 has lost 16%, a small improvement over its cycle low in June when the index was down by 23% for the year and in “bear market” territory.2 The Nasdaq, which is a benchmark for technology and startup companies, had plunged by 32% in mid-June and settled at a 24% loss at the end of August. These trends for overall stock market indices disguise the fact that many companies have seen their market value collapse by half or more.3

This bleak performance in 2022 reflects markedly changed economic and geopolitical conditions. Starting in mid-January, as inflation continued to surprise with increasingly higher-than-expected readings reaching levels not seen in 30 to 40 years in some countries, global equity markets became more volatile.

Factors such as increased consumer demand for goods and services (driven in part by pent-up demand and unprecedented levels of monetary and government fiscal stimulus to fight the pandemic), labor shortages and global supply chain bottlenecks stemming from COVID-19 have all contributed to upward inflationary pressures. In addition, rising tensions between Russia and Ukraine culminated in Russia’s invasion of Ukraine on February 24, 2022. Russia’s war on Ukraine has now surpassed the six-month mark and has placed further pressure on the already-strained global supply chains, contributing to significant increases in food and certain commodity prices across the world.

This has forced major central banks, including the U.S. Federal Reserve (“Fed”), to increase policy interest rates at a much faster pace than anticipated by investors. Higher interest rates can lead to a potential decrease in the value of companies due to an increase in their cost of capital. Tech companies, where projected cash flows are often tied to significant earnings growth expectations in the future, are particularly impacted by higher discount rates. The Fed’s current accelerated plans for rate hikes could also lead to a U.S. economic recession, or a period of “stagflation,” where the economy experiences sluggish or no growth, accompanied by high inflation. In fact, U.S. real GDP growth has contracted for two consecutive quarters in the first half of 2022, but Fed officials are not yet ready to call this a recession. Part of the reason is that companies continue to struggle with labor shortages, and the unemployment rate is at 3.5%, a 50-year low. Nevertheless, consumer confidence reached a record low in June 2022 (as measured by the University of Michigan Survey of Consumers) and remains at historically low levels, foretelling a decline in demand for goods and services. At a minimum, these factors are driving consumers to shift to lower cost products, causing some re-evaluation of inventory levels and their composition by several retailers.

While many companies have been raising prices, passing on some of their increased raw materials, transportation and labor costs to their customers, the operating margin compression is still being felt by many. Earnings growth prospects are also weakening; according to FactSet, recent 2023 consensus earnings growth projections for the S&P 500 have deteriorated for all sectors except one (consumer discretionary), when compared to June 2022 forecasts.4

What does this economic picture mean for goodwill impairments?

Year to date (YTD) 2022, we have seen an increase in the amount and frequency of goodwill impairments recorded by U.S.-based companies. Compared to 2021, the top 10 impairments recognized thus far are triple the size of the top 10 for overall 2021 (see Exhibit 1).

Reasons provided for such impairments include many of the economic headwinds mentioned below:

Goodwill impairment assessments are once again a hot topic, especially since many companies have annual goodwill impairment testing dates that fall in the second half of the year. In addition, the continued elevated risks in financial markets and uncertain economic environment may trigger the need to perform interim goodwill impairment tests. Many of the illustrative factors listed in the FASB Accounting Standards Codification (ASC) Topic 350 Intangibles–Goodwill and Other that should be considered when determining if an interim test is needed are indeed present in today’s environment (see Exhibit 2 for a list of factors).

Finally, significant changes in the economic environment increase the likelihood of having to perform a quantitative goodwill impairment test (rather than a qualitative assessment), which means that the fair value of certain reporting units would have to be estimated. The events and circumstances that would “more likely than not” reduce the fair value of a reporting unit below its carrying amount (thereby necessitating a quantitative test) are the same as those used to determine whether an interim test is warranted.

Goodwill impairment often garners the attention of both auditors and regulators, appearing as a critical audit matter in audit reports and a subject of scrutiny in PCAOB reviews. Earlier this summer, the FASB concluded that it could not make a case for change of the current goodwill impairment model. Goodwill impairment assessments thus continue to be relevant in the current environment and contribute to investors’ decision-making. Collectively, this means that public companies need to continue to monitor the financial performance (current and projected) of their reporting units and ascertain whether their recorded goodwill is at risk of being impaired.

Exhibit 2: Examples of events and circumstances in evaluating whether it is more likely than not that the fair value of a reporting unit is less than its carrying amount (ASC 350-20-35-3C)

Sources
1.Preliminary results from our soon-to-be published 2022 U.S. Goodwill Impairment Study indicate that goodwill impairments in 2021 by U.S.-based companies were the lowest since 2006.
2.Markets use an informal definition of a “bear market” when a stock market has declined by 20% or more from its most recent record high.
3.Pricing as of August 30, 2022
4.FactSet Earnings Insight report, August 5, 2022. Available here.
5.Data compiled on August 15, 2022. The identity of the top 10 largest impairment events in 2022 may change once all companies report full-year 2022 results. Calendar years (not “most recent fiscal years”) were used to examine impairments during a specific period of time, regardless of company-specific choices of fiscal years. Financial data was also adjusted to include GWI amounts disclosed within discontinued operations or disposal groups, when identified.

Stay Ahead of Transaction Risk With Kroll

Learn more about our integrated capabilities. 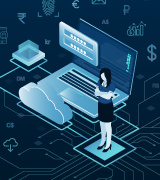 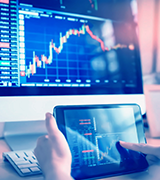