Data breach notification cases in 2020 increased by 140% over those reported in the prior year. In this issue of Valuation Insights, we discuss data attacks that have become broader and deeper during the pandemic, a trend that continues during the recovery, and offer recommendations on how to prepare for a potential data breach incident.

The New Digital Age for Insurers 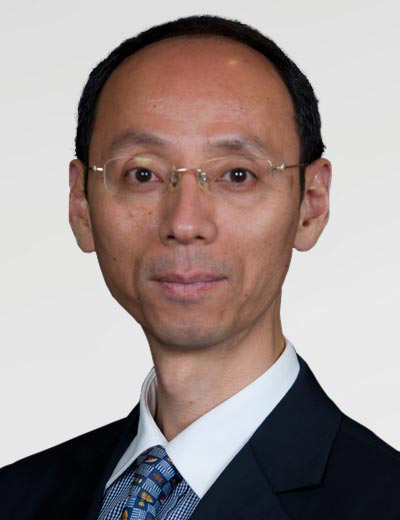 Data breach notification cases in 2020 increased by 140% over those reported in the prior year.  In this issue of Valuation Insights, we discuss data attacks that have become broader and deeper during the pandemic, a trend that continues during the recovery, and offer recommendations on how to prepare for a data breach incident.

In our Technical Notes section, we showcase our LIBOR Transition Toolkit containing a guide and a customizable template to assist in documenting LIBOR-linked exposures.

In our International in Focus article, for the 10th consecutive year, we take a closer look at the state of anti-bribery and corruption (ABC) programs worldwide and provide insights from our 2021 Anti-Bribery and Corruption Benchmarking Report.

Our Spotlight article highlights our new portfolio of services for insurers, where carriers can now access critical data themselves to ensure compliance with regulations, accurate pricing and alignment with industry best practices.

We have also covered some regulatory updates in the Greater China region, including New stock exchange to open in Beijing, China Releases "Double Reduction" Policy in Education Sector, and China has forbidden under-18s from playing video games for more than three hours a week.

In every issue of Valuation Insights, you will find industry market multiples that are useful for benchmark valuation purposes.

We hope that you find this and future issues of the newsletter informative.

China will set up a stock exchange in Beijing and build it into a major base for serving innovative small and medium-sized enterprises, President Xi Jinping announced on Thursday.

The China Securities Regulatory Commission, the country's top securities regulator, said the establishment of the Beijing stock exchange will serve as a major strategic step for China to build the new paradigm and promote high-quality development.

"It will be a significant push for improving capital market functions, promoting the integration of technology and capital, and supporting the innovative development of SMEs," the CSRC said in a statement on Thursday.

The NEEQ Select, the highest tier of the National Equities Exchange and Quotations system, will be upgraded into the Beijing stock exchange, retain its basic rules and pilot the registration-based public offering system, the commission said.

The NEEQ system, which debuted in 2013 and is also called the "new third board," is an equity trading system tailored for SMEs.

A capital market system tailormade for innovative SMEs will be established at the Beijing stock exchange, with the objective of nurturing an array of SMEs specializing in niche sectors and boasting a strong innovative capacity, according to the commission.

Li Jianjun, deputy head of the research institute of Shanghai United Assets and Equity Exchange, said the new exchange is expected to not only provide more financing opportunities to Chinese SMEs but also help to integrate different parts of China's capital market.

Innovative SMEs are likely to be allowed to go public on the Beijing exchange first and then transfer their listing venue to Shanghai or Shenzhen when they mature, Li said.

“Double Reduction” in the Opinions refers to a reduction in the total amount and time of commitment required by school homework and a reduction in the burden of off-campus or after-school training programs. Based on the Opinions, the Double Reduction policy is intended to improve the overall quality of school education, reduce excessive study burdens and protect the health of students, relieve the burdens and anxiety of parents, reduce social inequity, further regulate and standardize off-campus training (including both online and offline training), and strictly implement the Compulsory Education Law, the Protection of Minors Law and other laws and regulations governing the education industry.2

While the Opinions set out various targets and requirements for in-school education, particular emphasis is placed on regulating after-school private tutoring activities.

The “Double Reduction” policy has a significant impact on the private tutoring industry. Immediately after the promulgation of the Opinions, the stock prices of Chinese education companies listed in the U.S., Hong Kong and other overseas stock markets plummeted.

On July 30, in response to market reaction to China’s new policies on “China concept stocks” (CCS) listed in the U.S., the U.S. Securities and Exchange Commission (SEC) issued a public statement requiring that China-based operating companies listed in the U.S. stock markets by using the variable interest entity (VIE) structures make clearer disclosures relating to risks associated with the VIE structures and actions of the Chinese government that could significantly affect the company’s financial performance, before their registration statements will be declared effective.3

With respect to the private tutoring industry, investors’ concerns center mainly around the legality of VIE structures, the requirement to convert “for-profit” training institutions into “non-profit organizations,” and the prohibition on foreign investments in “subject-based” training institutions.

China has forbidden children under the age of 18 from playing video games for more than three hours a week, a stringent social intervention that it said was needed to pull the plug on a growing addiction to what it once described as "spiritual opium."

The new rules are part of a major shift by Beijing to strengthen control over its society and key sectors of its economy, including tech, education and property, after years of runaway growth.

The restrictions, which apply to any devices including phones, are a body blow to a global gaming industry that caters to tens of millions of young players in the world's most lucrative market.

They limit children under the age of 18 to playing for one hour a day–8 p.m. to 9 p.m.–on only Fridays, Saturdays and Sundays, according to the Xinhua state news agency. They can also play for an hour, at the same time, on public holidays.

The campaign to prevent what state media has described as the "savage growth" of some companies has wiped tens of billions of dollars off shares traded at home and abroad.

"Teenagers are the future of our motherland," Xinhua quoted an unnamed NPPA spokesperson as saying. "Protecting the physical and mental health of minors is related to the people's vital interests and relates to the cultivation of the younger generation in the era of national rejuvenation."

Gaming companies will be barred from providing services to minors in any form outside the stipulated hours and must ensure they have put real-name verification systems in place, said the regulator, which oversees the country's video games market.

Previously, China had limited the length of time children under 18 could play video games to 1.5 hours on any day and three hours on holidays under 2019 rules.

The new rules swiftly became one of the most discussed topics on Weibo, China's answer to Twitter. Some users expressed support for the measures while others said they were surprised at how drastic the rules were.

Others expressed doubt that the restrictions could be enforced. "They will just use their parents' logins; how can they control it?" asked one.

The Chinese games market will generate an estimated $45.6 billion of revenue in 2021, ahead of the United States, according to analytics firm Newzoo.

The crackdown reverberated around the world.

Tencent later announced new measures to reduce the time and money children spend on games, starting with Honor of Kings. Its president also said it was working with regulators to explore ways in which the total amount of time minors spent on gaming could be capped across all titles in the industry.

The NPPA regulator told Xinhua it would increase the frequency and intensity of inspections for online gaming companies to ensure they were putting in place time limits and anti-addiction systems.