Money Isn’t Everything: Reputation and the Changing Priorities in Sport 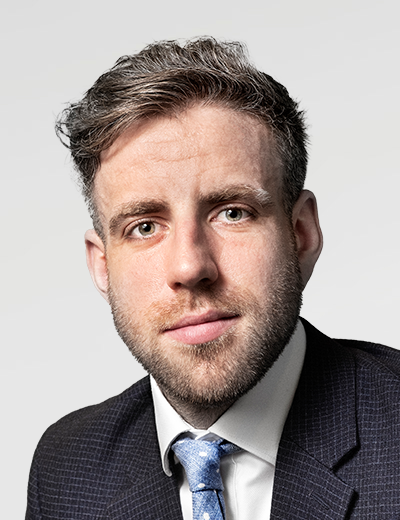 Over the past year, we have observed a marked change in the influence that ethical considerations have in the decision-making processes of major sports organizations. Where once such considerations were subordinated to commercial opportunity, certain events have highlighted the damaging reputational effect this can have. There are external and internal dimensions to consider. Externally, there is increased scrutiny of the source of funds used to purchase or invest in clubs across a range of sports. Internally, there is increasing pressure on sports organizations to proactively implement measures that can help protect their employees, whether that be from the effects of a toxic internal culture or from serious online abuse.

Russia’s war on Ukraine and the subsequent reaction by the major economies of the West led to the imposition of sanctions on Roman Abramovich, the long-standing owner of the Chelsea Football Club. The subsequent bidding process for the purchase of the club brought into focus the tension between the financial proposition, which had to guarantee sufficient investment to preserve Chelsea’s on-field success, and the less tangible cultural values of a club’s supporters, demonstrated by fan protests against specific bidders based on past indiscretions and controversial public statements on certain sensitive social issues. These protests were, in part, a continuation of the demonstrations against the proposed formation of a European Super League, whereby a group of Europe’s major club sides would secede from their respective domestic leagues to create a separate competition. The effect of this move would likely subordinate domestic leagues financially and competitively. This decision, made without any recourse to the opinion of supporters, represented a severe misjudgment as fans made it very clear that clubs represent more than the commercial opportunities they provide their owners. The ferocity of the fan reaction to the Super League episode, and the almost immediate reversal of clubs’ position on the matter, has contributed to a change in approach by governing bodies, governments and clubs as they seek to ensure that the reputational implications of any proposed purchase or investment are afforded proper consideration.

The appeal of the Premier League, and the exposure of its most successful clubs to new global markets, continues to attract sponsors seeking to build a relationship with these clubs. As the value and recognition of the club grows, so does its appeal to prospective sponsors; however, like owners or investors, these sponsors must be appraised to ensure their values match those of the club and that they are on a sound financial footing. It was in response to a growing trend of requests from clubs requiring the thorough profiling of prospective sponsors, including their structure, directors, reputation and financial standing, that we developed a product geared towards the identification of reputational risk. The demand for this service has sharply increased over the past year as our clients have fielded numerous calls from cryptocurrency firms and other non-traditional sponsors, including entities linked to governments with challenging reputational profiles. Taking the cryptocurrency sector as an example, we have profiled both well-established businesses and smaller companies looking to accelerate their growth and brand awareness. In doing so, we identified reputational concerns associated with several companies we investigated.  Our findings included clear indications that companies with a reputation for questionable business practices sought to repair this perception through the association with elite sports organizations, commonly referred to as sports washing. Other issues identified included a trend of smaller, cash-rich, companies looking to exploit their reserves of investor capital to expand at a rate their businesses cannot sustain. A partnership with an internationally recognized brand, such as a Premier League football club, is an effective means to this end.

In parallel, there is a financial incentive to foster the right culture internally. Cricket has suffered a series of allegations of racism at several clubs recently. Some of these allegations came to the fore through individuals reporting incidents to the authorities, while others were identified in the historical, public social media content of players. It is incumbent on sports organizations to conduct the necessary due diligence on their players and senior executives in order to get ahead of public opinion, take steps to address any issues identified with those involved and repair the standards and culture of their organizations. These checks should be extended to prospective transfer targets and executive recruits to ensure that they align with the culture the organization is trying to work towards.

The clubs’ responsibilities for the welfare of their players extend beyond the fostering of a positive internal culture to include protection from external threats that exist predominantly online. While high-profile targets remain vulnerable to physical threats, such as robbery, assault or harassment, there is an increasing trend towards online abuse perpetrated by third parties. This abuse can be particularly vitriolic and is expressed, typically, by individuals hiding behind online aliases. In response to this, we have developed a service offering geared towards the attribution of real-world identities to these abusers’ accounts. A critical factor in the successful unmasking of these abusers is the real-time identification of offensive content. In doing so, the risk of the abuser shutting down the account or removing the posts of interest is drastically reduced.

Protecting football clubs from reputational damage also requires the creation of safe spaces online for players and fan communities. The Premier League has seen a dramatic rise in online abuse and harmful content, which can compromise the safety and wellbeing of individuals and sponsorship relationships too. Our colleagues at Crisp work with Premier League clubs to protect their online communities and players from harm. They do this by monitoring and removing harmful content from clubs’ fan communities within minutes and delivering real-time alerts of online threats to the safety or wellbeing of their players to the clubs’ respective security personnel. Not only does this swift response to online abuse improve the chances of a successful investigation but also it demonstrates a club’s commitment to addressing this problem and safeguarding its players as a priority.

Recently acquired by Kroll, Crisp Real-time Risk Intelligence works with our clients to protect their online communities and players from harm. The solutions provided by Crisp not only stop online abuse but also extend the clubs’ insights on bad actors and their harmful behaviors. Combining online and offline information is key in the efforts being put in place to make the sport a safer experience for everyone.

Sign Up for Kroll's Global Risks in Sports Newsletter