In 2021, Kroll reached an all-time record of M&A activity in Brazil. Although there is a positive outlook for 2022, the scenario is still quite challenging in terms of the fundamentals for Brazil to remain attractive.

Global M&A activity reached an all-time high in 2021, easily surpassing the previous record from nearly 15 years ago. Globally, transaction amounts reached USD 5.6 trillion for the first time in 2021. There was a growth of about 65% in volumes, according to data from Dealogic. The result is 27% higher than the previous record of USD 4.4 trillion, established in 2007, the year before the financial crisis.

Corporate balance sheets are healthy: there is liquidity in the global economy and the global outlook is positive, even in the context of inflation and a rise in real interest rates. Financing availability has also empowered businesses, increasing appetite and investment by corporate and private equity investors. According to Dealogic, volumes more than doubled from last year, to a record of USD 985.2 billion (bn). The 2021 scenario demonstrated a combination of liquidity and leverage opportunity, a fact that, given the prospects for an increase in interest rates, should be reduced a little. Special purpose acquisition companies (SPACs) also had market momentum and achieved traction, and there will be regulatory developments and results in the coming years.

Globally, companies in the technology and health care sectors—which typically represent the largest share of the M&A market—led the way again in 2021, driven in part by the pent-up demand from last year when the pace of M&A dropped to a three-year low due to the global financial consequences of the COVID-19 pandemic.

Even in a scenario with more significant noise (mainly internally driven) the year was positive for Brazil. In 2021, Brazil registered record M&A activity, reaching more than 1,500 announced transactions and a volume of approximately BRL 600 bn. The capital markets were the most active in past years, and the Brazilian Stock Exchange (B3) ended the year with 45 initial public offerings (IPOs) and 26 follow-ons.1 According to B3 and our analysis, this year, the offering market moved to BRL 126.9 bn, with BRL 65.2 bn in primary offerings and BRL 61.6 bn in secondary transactions—an amount second only to the record in 2010, in which IPOs and follow-ons raised BRL 149.2 bn. Additionally, Brazilian companies were successful in going public abroad, mainly in the U.S. market. The virtuous circle of reinvestment in the economy is essential in this scenario. Most capital transactions have drivers for reinvestment, business strengthening and M&A activities.

Financial investors, private equity and venture capital, corporate venture capital and family offices have invested more than BRL 40 bn in the country and, more importantly, in the productive and real economy. There is even an additional BRL 40 bn available for more investments.4 They will certainly be protagonists in 2022, when the capital market will be more selective and with more active transactions in the first half of the year.

The country had large transactions, while several companies also carried out more than four or five transactions in a single month. Of course, the retail, logistics and health sector are highlighted along with their integration with technology operations. For example, Ambipar, a Brazilian company, acquired 23 companies in 2021, XP Inc. acquired 13 companies, BTG acquired 9 companies, etc. The table here contains more details.

But a more complete and detailed analysis should raise several issues and incompatibilities that could create a much more favorable scenario.

Although domestic and foreign investors, entrepreneurs, companies and executives are playing their part, the macro vision for 2022 remains uncertain. For example, how will the country deal with new health threats directly associated with the pandemic? There is a detachment from headlines not only about the productive, industrial and business environments but also about the political and macroeconomic environments.

All of this investment and interest from national and foreign investors (the latter being present in around 40% of the announced transactions1 is once again reliant on well-known Brazilian structures, which are fragile and at a relatively high cost. The Brazil risk returned to levels of uncertainty from the beginning of the pandemic, closing 2021 above 330 basis points (in January 2021 it was in the range of 260 basis points)2. Currency devaluation also reflected the country’s risk, and the Brazilian Real experienced a 7.47% devaluation during the year—the fifth consecutive year of devaluation with last year’s being 29.4%.3

The atmosphere is positive; the facts are not. That said, we are in a tense, uncertain and unassertive scenario. B3, in its main index, had a negative return in local currency of around 12% in 2021 (in 2020 it had a marginal gain of 2.9%). In the same environment of global inflationary pressures, the General Price Index-Market (IGP-M) ends the year accumulating 17.8%—in a country where the memory of inflation is still recent, and chains tend to take a long time to absorb its effects. The basic interest rate, which reached a historic low of 2% per annum in January 2021, had to follow the global and local trend of inflationary expectations and was increased by the Central Bank-BACEN to, justifiably, end 2021 at 9.25 % per year—expected to reach 11.25% in 2022—which may decrease at the end of the year in a post-election scenario.

The major problem in this environment is that Brazil does not allow itself to participate and reproduce a positive outlook on investments and global recovery. Brazil is not fully taking advantage of the prices and demand recovery of the commodities. Industrial commodity prices have also increased significantly, and the country did not leverage its export position. Due to internal and structural chatter, Brazil remains uncompetitive internationally.

Additionally for 2022, Brazil will have an adverse, tumultuous and polarized political year ahead. Presidential elections, internal challenges and macroeconomic issues related to the country's economic behavior and positioning are on the table, as well as further discussions on the Brazilian fiscal deficit. How will Brazil pragmatically deal with inflation, fiscal deficit and unemployment while remaining attractive and positioning itself in the world economic recovery? The biggest problem is knowing that Brazilian leaders do not know the answers. And this insecurity will last, which tires investors and affects investments.

Brazil has used a powerful weapon for the past three years to sustain itself. The country’s lack of infrastructure, combined with political and economic volatility, ends up generating great opportunities for long-term investments and this sector moved from the margin in investment and took on a leadership role. According to the Ministry of Infrastructure, 79 concession and privatization processes were carried out in 2021. This is a weapon and source of funds for Brazil, but it is not eternal. Incentive and combined equity and debt transactions are a good alternative. But this mobilization and activity do not solve structural macroeconomic problems.

And it is important to address and acknowledge such problems, even if they cannot be solved all at once. In 2022, the theme will not be a discussion of tax, administrative or labor reforms; the country will continue to face ongoing fiscal deficit and unemployment issues (as well as issues related to the evolution of income and how the indebtedness of individuals will behave). Caution will start to take up more space.

The Brazilian economy is starting to weaken. There was no economic reopening, despite announcements. Some sectors that have shown support for the country's development in the past are not performing as well. For example, agri-business services are starting to show performances that alone will not pay the bill—and the country is starting to face stagflation and project growth which is, if positive, marginal for 2022. Added to this scenario is the disruption of production and logistics chains (and with Brazil is positioned at the end of this cycle, it will suffer its effects for a long time).

Many of the factors and uncertainties that drove M&A activities in 2021 will be present in 2022. But globally, and in Brazil, M&A activities are believed to remain strong. (Although global public policies, especially those related to the economy, may impact this.) In Brazil, the scenario is more uncertain and noisier. A GDP recovery of around 4.5% in 2021 and marginal growth (or contraction) in 2022 are not positive news, according to the data in the BACEN - Brazilian Central Bank Focus Report. The global economic recovery (from which Brazil should not be left out) along with how the world will deal with variants of COVID-19, will still play a central role in the discussions. The competition is rising, and Brazil needs to position itself favorably soon. 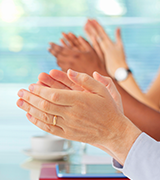 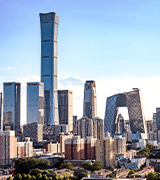 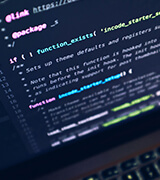 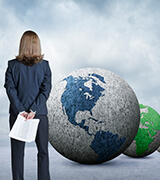