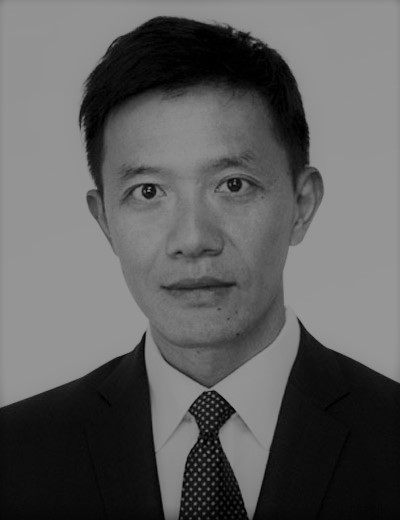 The Arrival of Asia's SPACs

Special Purpose Acquisition Companies (SPACs) continue to loom large on the investment landscape. So far this year, 359 SPAC filings have raised USD 95 billion, figures that eclipse the USD 74 billion raised in the whole of 2020 from 254 filings. Until now, this action has been restricted to exchanges in the US but a flurry of announcements from Asia in recent weeks have confirmed the terms for SPAC listings on the region’s major international exchanges.

First, the Singapore exchange (SGX) published its regulatory framework, which was more accessible than anticipated and opened up new paths to growth for firms across Southeast Asia, particularly those in the technology sector. Two weeks later, the Hong Kong exchange (HKEX) published its provisional guidelines as a basis for industry consultation. HKEX’s aim in crafting its guidelines was ‘striking the right balance between delivering appropriate investor protections, market quality and market attractiveness’. Its target audience was ‘companies from Greater China, Southeast Asia and beyond’. The measures, which were more conservative than those from SGX, fell broadly in line with expectations. As Asia Pacific’s leading exchange for traditional IPOs and the number two globally,  HKEX was always going to take a cautious approach in shaping its requirements for SPACs.

Recent years have seen a lot of traffic to Asia with US SPAC vehicles searching for target businesses. This reached a fresh peak earlier this year when Grab, Southeast Asia’s super-app, announced its plans to list on Nasdaq through a SPAC merger for a valuation of USD 40 billion. As SGX and HKEX now become options for SPAC listings, taking their place alongside the Nasdaq and New York Stock Exchange, how do the propositions from the rival exchanges compare?

Looking first at minimum market capitalisation, as the prime driver of the SPAC market the US set the terms initially for listings. Depending on the market sector and whether they list on the New York Stock Exchange or Nasdaq, SPACs must have a minimum capitalisation of USD 50 million, USD 75 million or USD 100 million. SGX had initially proposed a floor of USD 221 million (SGD 300m) but investors across Asia were glad to see this figure reduced to USD 110 million (SGD 150m) when the final guidelines were published. In a recent article assessing the Singapore regulations, we mentioned that the move was a positive one for the region in presenting an alternative pathway to growth for some of its most promising businesses. Not every high-growth company is a behemoth like Grab and the regulations opened the way for other dynamic tech platforms in Asia to fashion a path to expansion on a local exchange. The proposals from Hong Kong on minimum market capitalisation sit firmly in the same space as the other two exchanges - SPACs listing on HKEX will need to have a minimum fund-raising threshold of at least USD 128 million (HKD 1 billion).

Given that the ultimate goal of a SPAC is to combine with a promising operational business that could fulfil the criteria of a listed company - and unlock value for shareholders in the process - it’s informative to look at the requirements in each exchange of those De-SPAC targets. In the US, there are no restrictions imposed on the types of targets that a SPAC can approach, as long as the Successor Company fulfills applicable exchange requirements. The fair market value of the De-SPAC target should constitute at least 80% of the funds raised by the SPAC from its initial offering. Singapore defines two routes: if the SPAC had initially listed with a market capitalisation of SGD 300 million or higher, the De-SPAC target is only required to comply with the qualitative listing requirements once the two entities, SPAC and De-SPAC target, have combined. Lower than this threshold, there are no restrictions as long as the Successor Company fulfills the initial listing requirements set out in the mainboard rules. In Hong Kong, there are no restrictions on the De-SPAC target as long as it and the structure resulting from the De-SPAC Transaction meet all applicable requirements of the Listing Rules. However, an investment company would not be eligible as a De-SAPC target. In the US and Hong Kong, the De-SPAC process has a limit of three years, and in Singapore two.

Both the US and Singapore exchanges allow all investors to trade SPAC securities. In Hong Kong, before a De-SPAC transaction takes place SPAC securities subscription and trading are restricted to Professional Investors, including institutional and individual investors with more than HKD 8 million assets. When it comes to shareholder distribution, the regulations in the US and Singapore are relatively simple and straightforward: the share distribution of the Successor Company in US SPACs must meet the stock exchange’s initial listing criteria, of at least 1 million or 1.1 million publicly held shares with a minimum of 300 or 400 round lot holders. On SGX, at least 25% of the total number of shares issued must be held by at least 300 public shareholders at the SPAC’s IPO. The Successor Company is also required to fulfill existing SGX listing rules, which stipulate a public float between 12% and 25% with a minimum of 500 shareholders. You can check the full analysis here, but in Hong Kong, in keeping with the general thrust of its regulatory framework, the rules on shareholder distribution are more complicated with more parameters to monitor and comply with.

More Choice for Businesses and Investors

Looking at the range of options in their entirety across the three markets, each jurisdiction is playing to its strengths in creating a unique and differentiated proposition for businesses and investors. If the investors behind a SPAC are looking for blockbuster valuations and global reach, the US remains the leading contender with access to vast amounts of capital and deep pockets of expertise. Hong Kong too has significant amounts of capital and expertise available among international institutional and Mainland Chinese investors. The HKEX SPAC framework now increases its appeal as an investment platform for China and across the region.

SGX meanwhile has cleverly shaped a differentiated proposition to these two options. On the launch of the SGX SPAC guidelines, the Monetary Authority of Singapore saw them as positioning SGX as “a regional first-mover in serving Asia’s fast-growing new tech and new economy companies’ financing needs”. Not every flourishing Southeast Asia tech business has the potential to match the valuations of a Grab so Singapore’s guidelines are helpful in catering to an audience that might otherwise lack options - as it is now, they have a path to raise capital and fund expansion in their home base and without the need to involve themselves in unfamiliar geographies.

As we see it, the three regulatory frameworks we assess here really do provide different options and a platform for everyone. With SGX and HKEX now having published their requirements, we can hopefully expect the Asia Pacific region to mirror the exuberance of the US markets and become a thriving hub of SPAC activity in the coming years. Founders, sponsors, underwriters, and new ventures considering how to capitalise on this potential should seek an advisor with the necessary global mindset, local experience, and in-depth technical expertise as there are numerous facets to consider for the SPAC process - such as identifying businesses as De-SPAC targets, evaluating the suitability of specific exchanges for a SPAC investment vehicle, or obtaining assistance with administration and execution - where the services of an independent external consultancy can minimise the headaches, streamline the process and optimise the chances of success.