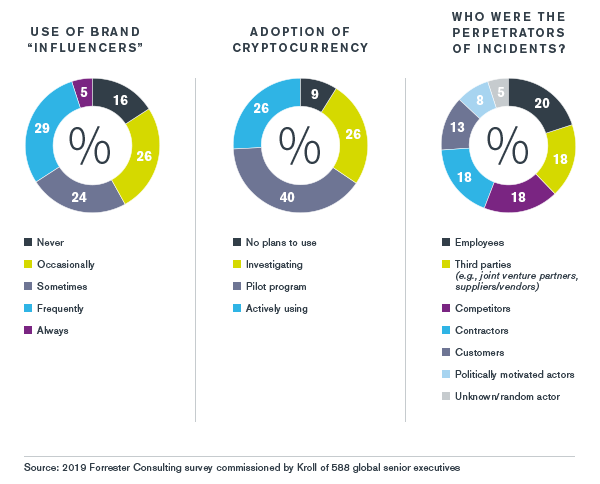 Meanwhile, the TMT industry is least likely to experience fraud by internal parties (17 percent vs. 27 percent for all industries). This may be due in part to corporate cultures that strongly emphasize integrity; in our survey, TMT respondents are among the most likely to agree that their company strives for corporate transparency and accountability. For example, 86 percent of TMT respondents report that serious breaches of risk management processes are met with thorough internal investigations (vs. 75 percent for all industries) and 88 percent assert that employees at their organizations view risk management processes as being effective (vs. 76 percent for all industries).

TMT companies are not at the forefront in the adoption of brand ambassadors and social media influencers—only 5 percent of those organizations say they always use them, vs. 9 percent in all industries—but neither has the industry ruled them out; the TMT industry is the least likely of all industries to say it never uses influencers (16 percent vs. 22 percent for all industries).

We will use this information to respond to your inquiry and process your data in accordance with our privacy policy. 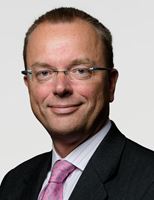 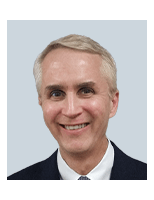 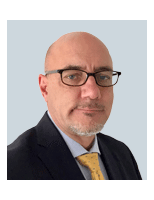 Helping clients anticipate/respond to a myriad of facility, operational and employee security challenges.