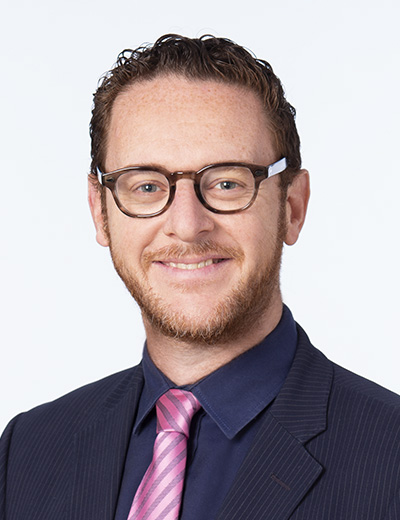 Just as the adverse health effects of COVID-19 will not vanish immediately but will be resolved in stages, so too will the global economy recover in stages, across industries and around the world. As both Western economies and emerging markets consider approaches to accelerate post COVID-19 economic recovery, foreign direct investment (FDI) will be an important tool for success.

FDI has been one of the primary drivers of global GDP growth in recent years. FDI not only benefits economies by creating good paying jobs, it also strengthens bilateral and regional diplomatic and commercial relations among countries. Further, FDI enables the private sector to “export” best business practices, such as good corporate governance, anti-corruption and transparency.

During the pre-COVID-19 economic boom, for example, FDI in the U.S. grew dramatically. In 2015, total foreign investment in America peaked at $477 billion.1 In 2018, FDI fell to $296 billion, but was still significant.2 Attracting FDI was also an important policy objective in emerging economies prior to the COVID-19 pandemic. According to the UNCTAD 2020 World Investment Report, in 2019, 54 countries introduced at least 107 measures affecting foreign investment, most of them focused on investment liberalization, promotion and facilitation. This effort was led by Asian developing countries and emerging economies. The goal of expanding investment incentives regimes in diverse sectors, from mining to financial services, and streamlining administrative procedures, has been to maintain and increase high volumes of FDI into developing markets.

Can FDI stimulate the world economy post-COVID-19? It appears likely, as many assets have seen reduced valuations that can attract foreign investment. Yet while both developed and emerging economies signal that they are open for investment, COVID-19 may lead to some changes in the tactics that countries employ to attract FDI. Governments will be under pressure to ensure that the quest for FDI is appropriately balanced with efforts to protect economic resilience and national security.

This may mean increased screening by investment review agencies, such as the Committee on Foreign Investment in the United States (CFIUS). COVID-19 has exposed supply chain vulnerabilities in the U.S. and other countries and has shown how struggles to acquire the products to meet citizens’ healthcare needs can become a matter of national security. In COVID-19’s wake, the scope of transactions to be reviewed by entities like CFIUS from a national security standpoint may need to be expanded to include health care considerations, to ensure that FDI does not interfere with the ability to procure necessary supplies.

Precedents for such changes exist as governments have previously amended legislation or adopted new regulations to respond to changing realities around FDI. For instance, new U.S. legislation in 2018 expanded CFIUS’ jurisdiction to, among other things, review non-controlling investments in critical technology industries. After COVID-19, more “low tech” industries may be considered critical, now that vulnerabilities in the availability of products such as medical gowns and personal protective equipment have been exposed.

The European Union seemed to be moving in this direction when it issued guidelines to member states on March 25, 2020, encouraging them to balance a signal that Europe is open for foreign investment with ensuring that FDI does not adversely affect Europe’s capacity to support citizens’ health.3 The new guidelines follow the 2019 EU Screening Regulation, effective October 11, 2020, and introduce recommended basic standards for a national FDI screening mechanism. The regulation includes health infrastructure in its target sectors. But also—and crucially—the guidelines include key governance elements, such as transparency, non-discrimination between third countries and judicial review mechanisms.4

These European rules and guidelines are designed to fill governance gaps in the FDI space. Currently, only a few European countries have a comprehensive national security review mechanism, and the review period among European nations runs from several weeks to six months. This represents a regulatory hurdle that serves as a barrier to trade and investment, in turn affecting many multinational mergers and transactions in key industries.

Further, foreign investment in companies whose assets include large pools of citizens’ personal data should continue to be reviewed carefully, particularly in an atmosphere of increased international political competition between countries with different systems of governance and values. With the advent of electronic health applications and the development of tools for contact tracing of COVID-19 patients to reduce further infections, governments will need to ensure that such data is protected from potential threat actors.

This effort to balance the restarting of economies, including by encouraging FDI, while preserving national resilience will be global. In countries in which governance is weaker, or economies are less transparent, the pendulum can swing too far, and regulatory restrictions, protectionism and non-tariff barriers can have a detrimental effect on FDI. Further, excess government intervention in private markets creates a risk of corruption. Thus, countries must steer clear of legal regimes that take too strict an approach to FDI review, without finding a balance between openness and legitimate security and resilience concerns.

For instance, during the height of the pandemic in May 2020, Hungary enacted FDI review legislation requiring special approval in many sectors if an investment violates or threatens public security or order, in particular, security of supply of basic social needs, such as health services and housing.5 Such overly-broad and restrictive investment legislation may deter much-needed capital in emerging economies.

India is another case in point. Following the rise in inbound capital investment from neighboring countries, primarily China, India reformed its FDI review and approval policies to respond to the perceived threat of opportunistic takeovers of vulnerable and weakened Indian assets, especially during and following the COVID-19 pandemic.6

The new Indian legislation, enacted in April 2020, provides that entities from countries sharing a land border with India (China, Pakistan, Bangladesh, Nepal, Myanmar, Bhutan and Afghanistan) are now permitted to invest only under an approval track. The new restriction will also apply if the beneficial owner of the investment is an entity situated in, or a citizen of, such countries. Because the approval track is so broad and applies to all ownership structures, all sectors (not only critical sectors such as healthcare), and even retrospectively, it could limit the flow of critical capital into India, and undermine the innovation needed to boost India’s post-COVID-19 economy.

To ensure sound, fact-based processes for the review and approval of FDI, it will be necessary to bring diverse, private sector voices into the policy discussion, in both developed and emerging economies. The U.S. approach to CFIUS reform can serve as a good example as businesses, chambers of commerce and other private sector bodies provided the U.S. government with informed insights. In this way, the revised CFIUS process better assesses the true national security impact of foreign transactions under review.

After national security considerations are evaluated, other steps can be taken to encourage FDI as part of the post COVID-19 economic recovery. First, funding and support should be expanded globally for government programs that facilitate foreign investment. An example in the U.S. is SelectUSA, the U.S. Department of Commerce program that promotes investment in the U.S., serving as an ambassador for FDI, and thus as an essential tool for economic recovery.

Second, trade barriers should be reduced, as they have an indirect effect on foreign investors’ investment allocations. For example, tariffs on the import of manufacturing inputs make these goods more expensive to procure, and in turn impact the choices that global manufacturers make about where to invest. Likewise, non-tariff barriers such as complex rules of origin and import quotas increase the cost of doing business and have a negative effect on FDI.

Third, negotiations on bilateral investment treaties with preferred countries should be accelerated. By engaging with such countries to, among other things, level the playing field for exporters, commercial relations with investors will be facilitated and strengthened. This is an affordable way to make countries more attractive investment destinations, which will be key for economic revival. Further, the process of negotiating such bilateral agreements will create an important opportunity for businesses in emerging markets to engage in policy advocacy. Local private sector leaders will be able to help shape the agreements in a way that spurs the recovery of their economies, improves the overall regulatory environment, and advances adherence to the rule of law in commerce.

As countries grapple with the health and economic effects of COVID-19, now is the time for policymakers and industry leaders to position their countries as attractive destinations for FDI. This can be done in a way that is compatible with evaluating and responding to the national security vulnerabilities exposed by COVID-19. Countries can determine how such vulnerabilities should be assessed and mitigated before the next wave of foreign investment begins. Post-COVID-19, private sector leaders can help governments build well-governed, transparent, and effective markets that are open to much-needed constructive capital and investment and spur job creation, while still protecting their national security.

Dr. Efraim Chalamish is a senior advisor at Duff & Phelps and an Adjunct Professor of Law at New York University.

Nicole Y. Lamb-Hale is a former Assistant Secretary of Commerce in the International Trade Administration, managing director and chair of the CFIUS and National Security Practice at Kroll, a division of Duff & Phelps and a Fellow of the Duff & Phelps Institute. She is a member of the Board of Directors of the Center for International Private Enterprise.

Andrew Wilson is the Executive Director of the Center for International Private Enterprise.