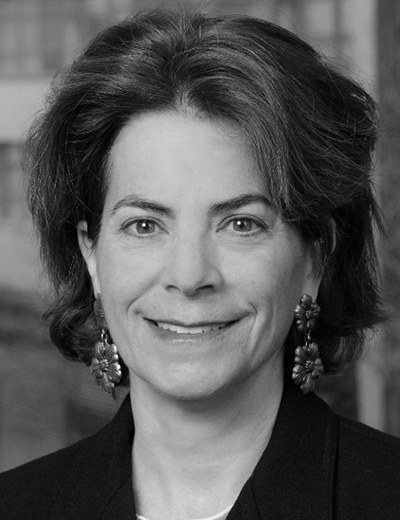 This article was originally published by Law360.

While down from all-time highs last year, activity in mergers and acquisitions in 2022 is still expected to reach historically elevated levels. Despite high inflation, rising interest rates and general uncertainty around the economy, global M&A value could hit $4.7 trillion, which would be the second highest ever recorded, according to Bain & Co.1

Unfortunately for many of those deal makers, history won't be on their side. An oft-cited analysis from Harvard Business Review2 pegs the failure rate of deals between 70% and 90%. One of the biggest reasons for those abysmal numbers: culture clashes.

History is replete with examples of corporate marriages ending badly due to different values. Time Warner's merger with AOL two decades ago — often described as one of the most prominent failed combinations in corporate history— is perhaps the best-known example.

While citing the bad timing of the dot-com crash for the failure, Steve Case, AOL's founder, has also acknowledged the cultural clash between the two companies as a key reason for the merger's failure. "People coming from the AOL side of things were viewing the internet as a great opportunity," he told Insider.3 "People coming from the Time Warner side were viewing it a little more as a threat."

Back when that deal was done, M&A professionals mainly focused on aspects like executive performance, market share, competitors, research and development, or intellectual property. Cultural issues were not front and center.

But deal makers have become increasingly attuned to the importance of culture. In a 2010 survey4 of M&A professionals, 92% said that their deals would "have substantially benefited from a greater cultural understanding prior to the merger," while 72% conceded that too little effort focuses on culture during integration.

The role of the M&A lawyer is to advise their client on all aspects of the deal, including any inherent hidden risks. The risk of a toxic culture is one of those hidden risks that heretofore has gone unaddressed.

Among the ingredients needed for a successful merger, culture's standing has only grown. Today, along with the rise of the environmental, social and governance movement and amid a red-hot labor market, companies are spending more time than ever tending to their company culture to attract and retain the best talent.

They know that high-profile cases of toxic work culture can destroy hard-earned reputations, repelling the best and brightest.

Research published this year by the MIT Sloan Management Review5 confirmed the point by highlighting the role company culture played amid the Great Resignation.

The biggest factor driving employees to quit their jobs was a toxic culture. Among the top signs of a toxic culture, according to the authors of the research, were "failure to promote diversity, equity and inclusion; workers feeling disrespected; and unethical behavior."

The research underlines the importance of conducting culture checks in the M&A process. M&A lawyers aren't just drafting contracts. They are advising. And to be a strong adviser you need high-quality and high-value facts obtained by talking with real live humans.

At the most basic level, acquirers need to know if their target's culture is a potential liability. On the extreme end, this could mean checking for patterns of discrimination or sexual misconduct.

But it can also mean checking for nepotism, aggressive sales tactics or routine noncompliance with regulations, or it can simply mean exploring whether the management of the organization is overly bureaucratic or disorganized and loose.

Ultimately, all this information can inform decision makers and let them know if they're buying a serious problem.

Sometimes, the outcome of these culture checks can be so extreme as to justify killing a deal. The risks to shareholders and other stakeholders are simply too high.

Fortunately, our experience shows that this is rarely the case. More commonly, the output of culture checks can simply serve as a warning to managers that a problem needs to be addressed.

And to be sure, not all culture checks reveal negative behavior. Sometimes, they can reveal positive cultures, giving the acquirer insights that may help the broader organization.

The critical question for acquirers is how best to surface the potentially troublesome information that can signal risk. The challenge is that, unlike a company's assets or liabilities, a company's culture can't be neatly summarized or found in a public record.

Culture is more like a mosaic, with little pieces that fit together to create a picture or pattern. By itself, one piece may not tell you much, but with more context — or pieces — it can.

But how do you capture all that in weeks before a deal closes? Simply reviewing legal filings, Glassdoor reviews or even social media posts won't cut it. Rather, the only way to understand a culture is to speak to the people who have actually lived in it.

This means conducting professional investigative interviews with as many people as possible, including former employees and others with firsthand knowledge of the company's culture. It's a different process than the standard diligence that lawyers, bankers and accountants perform but no less important.

Professional investigators — the same ones who work on complex fraud investigations — can be deployed to conduct culture check interviews.

In addition to skill and experience, discretion is also crucial. Clients shouldn't be revealed and potential transactions should not be described. Interviewees should be assured that their names will never be used.

With those assurances, interviewees are often willing to talk. What they say often yields invaluable and actionable intelligence that wasn't publicly known before.

In a culture check of an industrial maintenance company, for instance, interviewees described a facility with a record of numerous violations of hazardous waste disposal regulations and a history of providing falsified records to state and local inspectors to cover up their illegal activities.

Neither of these issues had generated any footprint in the public record, and without skillful professional interviews, they never would have come to light.

In addition to revealing potentially troubling behavior that can arm M&A lawyers with the facts they need to provide informed counsel to their clients, culture-check interviews can surface important questions about governance. What processes are in place to report workplace issues? How good or poor is internal communication? Sometimes, the answers can be red flags.

Whether it's a tech company's bro culture run amok, a financial services company with systemic noncompliance or a CEO caught up in #MeToo-related issues, recent headlines have taught us that landmines lurk in just about every industry.

Responsible companies and their boards of directors who are wise enough to know what they don't know are taking the extra step to look for those troubles before making a deal. Doing so will help bend M&A history to their side.