A global software company based in Europe received an email from an anonymous source stating the sender had access to highly-sensitive data belonging to one of its European subsidiaries. The data included, but was not limited to, personally identifying information (PII) of staff and executives, confidential sales and purchase agreement (SPA) terms, banking information and source code for some of the firm’s intellectual property. The sender gave Kroll’s client two weeks to pay a ransom of one million euros in bitcoin to a number of cryptocurrency accounts; he threatened to start “spamming everyone” with the client’s data if his demand wasn’t met. 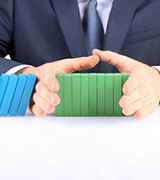 Insider Threats: How to Protect Yourself From an Inside Job

A Modern Twist on Insider Trading: Data Security Is Paramount for Professional Advisors
See all Insights