In recent months, Kroll’s Cyber Risk practice has observed a resurgence of cyberattacks involving the Emotet malware. Emotet is a variant of the banking Trojan family, with polymorphic characteristics, able to evade traditional antivirus (AV) products and signature-based detection.

Kroll’s observations are supported by open- and closed-source reporting that have noted a significant expansion in Emotet’s functionality. As polymorphic malware, Emotet connects to a command-and-control server (C2) once it has successfully infected its victim, both to retrieve instructions for subsequent malicious activities and exfiltrate stolen data. According to a September 2019 FBI Flash Alert, Emotet has recently been observed trying to connect to 214 C2 IP addresses as opposed to the approximately 10 IP addresses it previously employed. Additionally, it has stopped communicating with these known 10 IP addresses. The alert states that these developments indicate “cyber actors made modifications or updates to Emotet malware or infrastructure.”

Emotet is a multi-threat malware that in addition to targeting banking credentials, also predominantly serves as a highly efficient gateway for secondary and tertiary malware to enter a victim’s environment. Typical malware for which Emotet acts as a stage 1 downloader and path includes TrickBot, QakBot, PowerShell Empire framework, ransomware, etc. As such, Emotet is wreaking significant financial, operational and reputational harm on organizations across all industry sectors.

Attack Vector Emotet is most often delivered via email with an infected Word document or PDF attachment, or malicious link to a document or file hosted elsewhere. Kroll has observed actors hosting documents in legitimate SharePoint or OneDrive sites of other compromised victims to increase believability that the file is authentic.

Kroll is aware of the following data-scraping capabilities by Emotet:

The email focus is critical as actors have been highly successfully in spreading Emotet by spoofing previously infected victims. The combination of valid email addresses and recent conversation threads makes it easier for socially engineered messages to get through email filters. 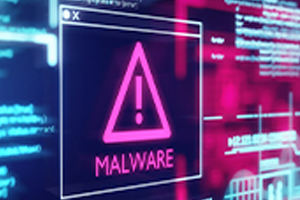