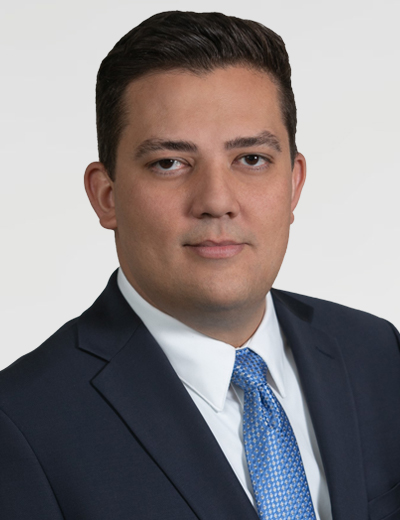 Between August 9 and August 11, the Brazilian Bank Federation (Febraban) hosted the Febraban Tech 2022, one of the largest technology and innovation events for the financial sector in Latin America. The conference gathered over 20,000 visitors and 200 speakers to discuss a variety of topics relating to the new economy of the banking industry amidst digital transformation and innovation. The discussions were divided into 80 panels organized by themes, including open banking, digital assets, cyber security, metaverse, blockchain and sustainability.

Here are the three key takeaways from the event:

Growing Relevance of ESG and Sustainability

One of the recurring topics discussed in the event was the ever-growing relevance of the ESG and sustainability agenda in the financial industry. The sustainability department heads of some of Brazil’s main banks and of other banks abroad discussed how this agenda has become crucial both in terms of risk mitigation and opportunity creation. During the panel, The Role of the Banks in the Climate Agenda, the Head of Sustainability of Banco Bradesco, Marcelo Pasquini; VP of Governance and Corporate Sustainability of Banco do Brasil, Barreto Júnior; and the CEO of the Science Based Target Initiative (SBTi), Luiz Fernando do Amaral highlighted how the ESG agenda had a boom in early 2022 following the March 2022 climate disclosure rule proposal from the U.S. Securities and Exchange Commission (SEC) for publicly traded companies in the U.S. The Brazilian Securities Exchange Commission (CVM) also issued a similar proposal requiring that publicly traded companies in the country disclose their ESG efforts. With that in mind, Amaral, who works directly with financial entities helping them create ESG-related guidelines and standards, highlighted that banks can no longer escape this sustainability agenda, as it has become essential in terms of risk mitigation and business opportunities. Pasquini further added that Banco Bradesco was the first Brazilian bank to commit to the Net-Zero Banking Alliance, a voluntary commitment signed with United Nations Environment Programme Finance Initiative (UNEP FI) to achieve net zero emissions by 2050. Júnior commented that Banco do Brasil aims to maintain the ESG focus on all of its production chain leading its stakeholders to adopt and promote the ESG agenda as well.

Similarly, the panel, ESG as an Allocation Factor in the Portfolio, discussed the recent changes in companies’ behavior relating to the ESG agenda, motivated by increasing regulations globally and the ever-growing climate change and environmental concerns worldwide. Mariana Oiticica who is the Co-Head of Impact and Sustainable Investments of Banco BTG Pactual added that the more a company implements ESG practices, the more it will be prepared for the transformations in the business environment relating to this agenda. In terms of impact investment, Oiticica commented that sustainable investments are highly rentable, adding that since 2019, Banco BTG Pactual has been focusing its investments on companies that maintain and are compliant with ESG guidelines and efforts. Subramanian Kuppuswami, Global Head of Sustainable Banking & Investments in Tata Consultancy Services, maintained that financial institutions should not only keep the sustainability agenda as a priority but also approach it in an engaging and proactive way.

As pointed out by Davida Heller, Head of Sustainability of Citibank, stakeholders have been more engaged and aware of the importance of an ESG agenda, consequently wanting to hold companies accountable by actively seeking for more transparency and inclusion of this theme into the business needs. The panelists also brought up the regulatory agencies’ efforts related to this topic, including the CVM and SEC resolutions for publicly traded companies in Brazil and in the U.S. Another regulatory measure mentioned during the discussion was the 666/2022 resolution from Brazil’s Superintendence of Private Insurance (“Susep”) published in June 2022 requiring that companies operating in the insurance sector disclose their sustainability efforts. Economist Gesner Oliveira pointed out that the regulation is moving in the right direction and added that the main challenge is to establish metrics and standardization proceedings to measure how each company is evolving in this matter.

The acceleration and development of digital assets was another main topic discussed during the event, as digitalization and technology continue to transform the global financial marketplace. During the Pix, Cashless Economy, and the New Payment Era panel, the panelists discussed the future (and current status) of digital assets in Brazil. Ricardo Teixeira Leite Mourão from the Brazilian Central Bank (“Bacen”) noted that the pix (an instant payment system launched by Bacen in 2020) was designed to facilitate transactions in all economic spheres of the country, adding that this was only the first step in an extensive plan to further digitalize the Brazilian marketplace. The panelists further added that the success of the pix in these past two years put Brazil on the international map in terms of instant payment methods due to its instantaneity, low cost and safety. Roberta Becker, Head of Marketing at supermarket chain Grupo St. Marchê, shared her views on how the new cashless economy has been impacting the retail sector, adding that it has made the transactions more fluid thus improving the overall client experience. The panelists also noted that the cashless economy is still in its infancy and that the new opportunities are vast, adding that other modalities, including digital currencies and biometric payments, will continue to develop and play a significant role in the financial industry going forward.

Similarly, in the panel, How Cybersecurity, Artificial Intelligence and Open Finance Dictate Investments, the speakers analyzed and discussed the 2022 Febraban Banking Technology Research Report which showed digital trends and developments in the banking industry. According to the report, in 2021, 70% of all banking transactions were digital, with the introduction of the pix playing a significant role in these numbers. The panelists which included Sergio Biagini from Deloitte, Estavão Lazanha from Itaú Unibanco and Rodrigo Mulinari from Febraban concluded that one of the main opportunity areas in this new digital era is in the role of financial advisory, as the number of individuals and companies that seek these financial advisory services digitally will continue to increase. Another topic that was discussed was the implementation of the Central Bank Digital Currency (CBDC), the digital currency of Bacen, which is expected to be active in the Brazilian market by 2024, according to Bacen’s president, Roberto Campos Neto. During the closing panel where the CEOs of the main Brazilian banks discussed the new global reality, Campos Neto echoed that the monetization of digital assets is still in its infancy; he mentioned Brazil still has a lot of opportunities to explore in the near future.

Impacts of Digital Transformation on Security

The digitalization of the financial marketplace has brought new opportunities as described above, but it has also brought a new set of risks, and tackling these risks was another main topic of discussion among the panelists at Febraban Tech 2022. In the panel, Best Securities Practices in Fighting Fraud, Felipe Penido Partner and Head of Professional Services and Market Insights at idwall, highlighted that this increasing digitalization of payment methods has led to an increase in fraud, primarily relating to identity theft. The panelist further added that the main factor for consumers when choosing a financial institution is security, followed by transparency and privacy. As such, Penido suggested that as this digitalization continues to increase, companies will need to increase their digital security efforts. Some of the digital security efforts suggested by Penido included: constant fraud monitoring; having a multifunctional team to address the various aspects of security, including compliance and cyber security; increasing the alignment between the various teams working to combat fraud to not only remediate the risks but also prevent them; closely monitoring risk metrics in order to provide the best action plan; and constantly following up with clients. Penido added that companies that maintain digital security as a priority often present a higher trust rate from consumers in addition to more sustainable economic growth.

In the panel, Artificial Intelligence as a Partner in Monitoring Financial Crimes and Money Laundering, Cristiane Soares Reis, Head of AML and Fraud Prevention at Itaú Unibanco, and Lygia Barbosa, Head of Fraud Prevention at Itaú Unibanco, added to the discussion on digital security by highlighting the use of technology and artificial intelligence in monitoring fraud and money laundering. More specifically, the panelists added that the expectation is that these tools facilitate and automatize the fraud prevention process via data analytics, thus promoting a safer financial ecosystem.

Though the digitalization of financial assets has brought a set of new opportunities to the financial industry, it has also heightened the risks of cybercrimes, making it imperative that companies begin adopting a more robust and proactive digital security approach, as highlighted by the panelists at Febraban Tech 2022.