The UN estimates that the annual total for money laundered internationally is between $800 billion and $2 trillion. In 1970, the U.S. was one of the first nations to enact anti-money laundering (AML) legislation to combat this crime. As the nature of money laundering has evolved over the past few decades, so has the legislation that aims to fight it.

What Is Money Laundering?

Money laundering is a process by which illegally acquired money, or “dirty money,” is made to appear legal, or “clean,” so that criminals can freely spend it. Examples of dirty money might include proceeds from financial crimes, drug trafficking or other illicit activities.

In addition to promoting illegal and harmful activities, laundered money evades taxation, which can prevent significant funds from fueling public initiatives or reducing public debt. There are myriad methods to launder ill-gotten gains, both old and new, but it can generally be explained as a three-stage process.

What Are the Three Stages of Money Laundering?

What Is Anti-Money Laundering and How Does It Work?

Anti-money laundering in the U.S. includes all policies, regulations and legislation that aim to prevent criminals from hiding illegally gained money. Because the money almost always needs to be laundered through banks, these laws require banks and other financial institutions–such as trust companies, insurance companies and brokerage firms–to understand who their customers are and their transactions, as well as to monitor and report suspicious activities. This is referred to as AML due diligence and is part of a bank’s broader compliance program.

As you might imagine, banks and financial institutions have thousands upon thousands of customers. Conducting due diligence on each of them is no small, or cheap, feat. In order to efficiently run an AML due diligence program, banks must create risk profiles based on customer information such as:

These profiles, which range from low- to high-risk entities, should determine the level of due diligence required and the frequency of ongoing monitoring, including maintaining and updating customer information.

Once identified, high-risk entities often require enhanced due diligence to uncover risk-relevant information. Based on the findings, the financial institution then decides whether further action is required. Even common citizens opening a bank account come under some scrutiny and are required to regularly update and confirm personal information such as their social security number or citizenship status. As organizations look to cut costs and improve efficiency, AML screening software can monitor for risk-relevant patterns faster, cheaper, and more accurately than humans can.

The acceleration of money laundering and terrorist funding in the late 20th century led to one of the U.S. government’s earliest attempts at global anti-money laundering: the 1989 creation of the Financial Action Task Force (FATF), which identifies and monitors countries that have not yet passed AML legislation. Similar concerns led the European Union to enact its anti-money laundering and financing of terrorism directives in 1991. Other international agencies fighting money laundering include the UN Office on Drugs and Crime and the World Bank.

History of Anti-Money Laundering in the U.S.

In the U.S., classic money laundering stems from activities in the early 20th century, particularly those of organized crime leaders like Al Capone, who laundered proceeds from illegal liquor sales and prostitution through his chain of literal laundromats. From that, the term money laundering was born.

One organization in the U.S. specifically dedicated to fighting money laundering is the Financial Crimes Enforcement Network (FinCEN), a Treasury Department bureau that tracks and works to prevent not only money laundering, but also other financial crimes and terrorist financing. Established in 1990, FinCEN acts as an information collection and analysis office, and administers the U.S. Bank Secrecy Act–the chief U.S. AML vehicle–as well as subsequent amendments and other anti-money laundering laws.

Anti-money laundering laws are a relatively new type of legislation, but in half a century of activity, there have already been many adaptions in order to keep up with the constant threats that money laundering poses.

Also known as the Currency and Foreign Transactions Reporting Act, the BSA was the first landmark legislation formed to prevent criminals from obscuring the origins of criminal proceeds through banks and other financial institutions. The law compelled financial institutions to cooperate with the government against suspected money laundering. The legislation also rapidly became a tool for tracking and intercepting terrorist funding.

Still very active today, the BSA seeks to identify and track the movement of money and other instruments in and out of the U.S. and between financial institutions, and therefore, requires record keeping and reporting for individuals and financial institutions. Banks must submit a currency transaction report (CTR) for all cash transactions of more than $10,000, a threshold amount that has remained unchanged since 1970. In addition, banks must identify and document the individuals and institutions involved in these transactions.

The Money Laundering Control Act of 1986 made money laundering a federal crime and aimed to encourage foreign cooperation toward eradicating the drug trade. Additionally, the law set reporting requirements for payment transmissions of more than $10,000 (not limited to cash transactions), stiff penalties and forfeiture provisions. As a result of this law, assets in cases of BSA violations became vulnerable to civil forfeiture, meaning they could be seized whether or not anyone was charged with a crime. The law also compelled banks to follow and maintain BSA reporting and record-keeping requirements.

The Anti-Drug Abuse Act of 1988 was enacted as part of the U.S.’s so-called “War on Drugs.”  The Act amended the Bank Secrecy Act in expanding the definition of financial institutions to include auto dealers and real estate entities, who were thereafter required to disclose the transaction of large sums. Additionally, verification of identity is required for anyone using monetary instruments that have a value of more than $3,000.

As a response to a large international bank being a hotbed for money laundering, the Annunzio-Wylie Anti-Money Laundering Act of 1992 (the Act) raised the stake for banks. The Act increased penalties for financial entities found guilty of money laundering and encouraged oversight agencies to consider revoking the charters of any financial institution involved in money laundering. It also instituted verification and record keeping for wire transfers. In addition, it withdrew Criminal Referral Forms and introduced Suspicious Activity Reports (SARs): a tool for banks to report any activity they deem suspicious or out of the ordinary.

The Money Laundering Suppression Act of 1994 focused on encouraging banks to improve AML training, develop anti-money laundering examination procedures and improve procedures for reporting suspicious activities to law enforcement. It also required each money services business (MSB) to be registered by an owner or controlling person of the MSB and makes operating an unregistered MSB a federal crime. MSBs include any individual, whether or not on a regular basis, that deals in currency, cashes checks or issues or cashes travelers’ checks or money orders, as well as the United States Postal Service.

Precipitated by the 9/11 terrorist attacks, Title III of the USA PATRIOT Act (Patriot Act) is referred to as the International Money Laundering Abatement and Financial Anti-Terrorism Act of 2001. Per the Act, one of its primary purposes is to “increase the strength of United States measures to prevent, detect and prosecute international money laundering and the financing of terrorism.” It criminalized terrorism financing, increased civil and criminal penalties for money laundering, and expanded the requirements for anti-money laundering programs and customer due diligence processes to all financial institutions.

Under this law, when separate financial institutions attempt to combine, federal banking agencies must review their AML records for compliance and factor in previous violations, and subsequent remediation, into their decision on approval or denial of the merger or acquisition. In addition to prohibiting financial institutions from engaging with foreign shell banks, it also encouraged enhanced information sharing among government and financial institutions and demanded that banks respond to regulatory requests within 120 hours.

Of particular note, the Patriot Act required financial institutions to implement Customer Identification Programs (CIPs), often referred to as know your customer (KYC). These programs must verify a customers identity, maintain those records, and ensure they are not on any known-terrorist lists.

The Intelligence Reform and Terrorism Prevention Act of 2004 amended the BSA to allow the Treasury secretary to require financial institutions to report cross-border electronic transmittals of funds if the secretary determines that such reporting is "reasonably necessary" to aid in the fight against money laundering and terrorist financing.

Money laundering will continue to take on new forms, as it has in the past, influenced by factors such as a dynamic global economy, shifting centers of influence, informal banking arrangements and the proliferation of cyber currency. U.S. anti-money laundering law will undoubtedly continue to evolve in an attempt to meet these new challenges. What lies ahead is still a question mark, but with newly adopted laws such as the Dutch Child Labor Due Diligence Act, and upcoming AML legislation like the Corporate Transparency Act, it seems the fight against money laundering is becoming globally accepted and strengthened.

Geopolitical Risk – What Is It and How Can Companies Respond To It? 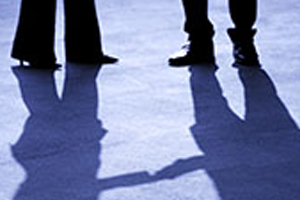 Know Your Target – Conducting Timely and Proper M&A Due Diligence

The Perils of Google Search for Investigative Due Diligence 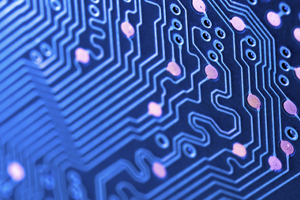