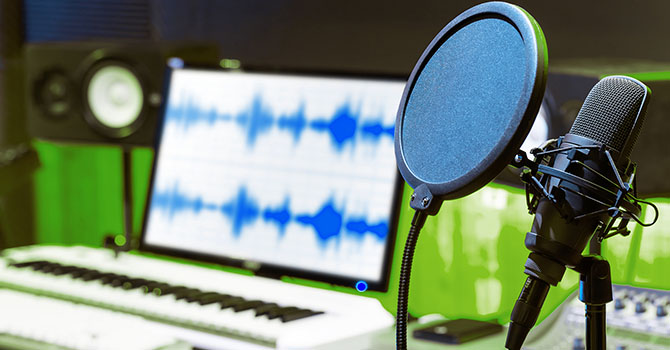 In the first episode of Through The Lens, Kroll’s Daniel Linskey speaks with Jim Koch, Chairman of The Boston Beer Company. Jim shares his thoughts on how he prepares for the unexpected, such as the COVID-19 pandemic, how Boston Beer supported its employees during the pandemic and what Jim believes boards of directors should be paying attention to.

Daniel Linskey is a managing director in the Security Risk Management practice at Kroll and a Kroll Institute Fellow. As the former Superintendent-in-Chief of the Boston Police Department and a 27-year veteran of the force, Dan provided strong leadership through some of the most tragic and contentious events in the city’s history, including the Boston Marathon bombings and the Occupy Movement.

Jim Koch founded The Boston Beer Company in 1984 and currently serves as its chairman. Until January 2001, he also served as the company’s Chief Executive Officer. Prior to starting Boston Beer, he had worked as a consultant for an international consulting firm with a focus on manufacturing. During his 37 years leading Boston Beer, Jim has grown the company from a small startup solely brewing Samuel Adams beer to its current position as a leading craft brewer with a family of brands that also include Truly Hard Seltzer, Twisted Tea and Angry Orchard hard cider.

Passages from the Episode

“What do you think is the biggest governance channel for this year that you're dealing with?” – Daniel Linskey

“I would have to say, it's the unexpectedness of the stuff that keeps coming at us. This has been a year when you couldn't have planned for it. The challenges, both of COVID and the political atmosphere and potential geopolitical threats, are all out there. And none of us a year and a half ago were prepared for any of it.” – Jim Koch

“Well, we were very fortunate in a couple of ways. One of them is we maybe saw it coming a little earlier, and earlier in this case means maybe two weeks earlier than the rest of the world. We shut down travel in February and we shut down our offices in early March. So a little bit earlier, because you could just see what was going to happen. And I guess the lens we were looking at it through was a little different than the rest of the world, it was just, hey, this is an exponential rather than a linear function…so we thought about the whole phenomenon differently.” – Jim Koch

“We also had a very clear vision of what we wanted and a standard. And that standard was we wanted for our workers to the safest place they were during their day and their week, the safest place was when they were at work and we couldn't control deal with the risks outside of work, but we wanted them to be safer at work than they were anywhere else, including home. And that gave us a very clear vision of the standards. So it meant that we, in some ways, went the extra mile.” – Jim Koch

Ensuring Employee Health and Wellbeing and the Importance of Culture

“We work a lot with your team on the ground and some of the breweries have pivoted to talking to people. And I can just tell you, it was resoundingly apparent and a theme that people felt like the company really cared about their health and welfare. How important is that morale? And that you're a major corporation, but you're almost running it like a family business and the care for your work is, how important was that in your success in getting through these challenges this past year?” – Daniel Linskey

“It was absolutely crucial, just absolutely crucial that people felt appreciated. They knew the company was doing the right thing, in return they stepped up and did the right thing… And Dan, I think you raised a really interesting point for boards because one of the things that boards have a hard time evaluating and even getting access to the right information is this really important topic of company culture. And that's often not visible to the board because they hear about it from the management, the senior management, but they don't really have true visibility to it. And they're going to hear it from senior management, we have a great culture and all our people value us and we value all our people, every board is going to hear roughly the same thing. Nobody's going to say, we have real problems with our culture, people don't identify with the company or things like that. That is not going to be visible to a board until you get these really moments of crisis where everybody has to instinctually pull together and step up and do things that maybe they weren't hired to do, maybe they wish they couldn't do or don't want to do.” – Jim Koch

“But the value of winning as a team overrides individual concerns. And the company like Boston Beer Company, they're able to do extraordinary things in a crisis. And so I think it's really important for boards to probe management and even spend time with people in the company, multiple layers down… And I think that's something that boards need to be much more aware of because your culture determines your actions, especially in a crisis.” – Jim Koch

“One of the challenges we saw in corporations in our country across this year was obviously, issues of social justice, diversity, and inclusion. I know that's something that boards are thinking about, and I'm sure Sam Adams has thought about it. I've seen some of the work that Sam Adams has done in that space. And I'm just wondering what your thoughts are on DEI and how that comes to the boards forefront and how you think companies should deal with that.” – Daniel Linskey

“Well, it's obviously a very good, overdue and challenging development for boards. To me, I think it's very helpful to approach it in the right way that this is not just a burden that we have to bear. It is not just a cause of the year that will go away, it is instead a real opportunity for companies.” – Jim Koch

“So you have to think differently about how do you describe what you're looking for and where do you find those people? And the good news is if you can bring them in and for us, in most cases, we're not really hiring for experience and skills and education, we're hiring for values and motivation and potential. We can teach people how to sell beer. We can teach people how to brew beer, but we can't teach people to motivate themselves, to be self-aware, to have a mission of service, to have high values and ethical standards. So if we can bring in that raw talent, we can turn them into great people for Boston Beer Company.” – Jim Koch