This article was published on The Straits Times, January 22, 2019.

In the world of precious stones and metals, all that glitters might not be gold. Recent high-profile fraud cases indicate the sector's continued vulnerability to money laundering, said Ms Reshmi Khurana from Kroll, a firm that helps clients make risk management decisions. "There has been a rise in the number of cases that we have been asked to investigate, and it's generally driven by the slowdown in the gems and jewellery sector and the resulting stress on the balance sheets of companies. "That has sometimes led to fraud and loan defaults which we are asked to investigate globally," said Ms Reshmi, managing director and head for South-east Asia, Business Intelligence and Investigation.

She spoke to The Straits Times following the proposed laws introduced in Parliament to strengthen Singapore's standards of anti-money laundering and counter the finance of terrorism in the precious stones and metals (PSM) trade. Dealers and jewellery retailers of PSMs will be required to register with the Ministry of Law, as well as conduct stricter due diligence checks. One example she cited involves diamond tycoon Nirav Modi, a key suspect in an alleged US$1.8 billion (S$2.3 billion) fraud on state-run Punjab National Bank. In February last year, India's Enforcement Directorate lodged a money laundering case against Mr Modi, who is now fighting extradition in the UK in what has been described as India's largest bank fraud.

"Because of these vulnerabilities in the precious stones and metals sector, lenders and investors globally have lost very large sums of money in this sector," said Ms Reshmi. "The government here is taking the right step by regulating this sector proactively."

A 2013 report by the Financial Action Task Force (FATF) stated that India has reported instances where diamond prices were overvalued for purposes of laundering and suspect financing. The study also found that money launderers were making payments via cash deposits or international wire transfers. Last year, FATF disclosed that professional money launderers were buying real estate or assets, such as precious gems, art or luxury goods, to be used to store value for later sale. While determining the parties involved in transactions can be done, it is hard for most people, including regulators, to easily determine the value of each item. "For example, a diamond worth $1,000 could be put in the books for $100,000, and financing can be raised against that value," said Ms Reshmi, whose company routinely works on such investigations with banks and other financial institutions in Singapore. One scheme, called round-tripping, happens when a rogue dealer goes to a bank with "supporting documents" of overseas transactions to obtain large loans.

Kroll has seen cases where jewellery manufacturers import bullion and take advantage of export credits, but end up selling the bullion in black markets. While bigger players in the global financial and PSM sectors have become targets, there is a valuable lesson for PSM dealers here, said Ms Reshmi. Performing thorough due diligence checks and knowing customers well may limit exposure to money laundering syndicates. "It is becoming increasingly important for banks and financial institutions to know the ultimate beneficial ownership of prospective clients," said Ms Reshmi. "It's no crime to be rich. It's more they (banks) want to know that the source (of the money) is not tainted."

Offering overt and discreet investigations to uncover hidden compliance and reputational issues.

Tarun Bhatia in Conversation With Moneycontrol.com on Fraud Trends in India 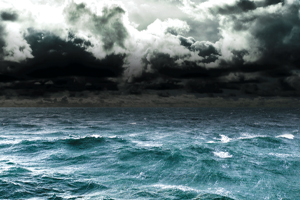