How Can Landlords Prepare for the Return to Normality? 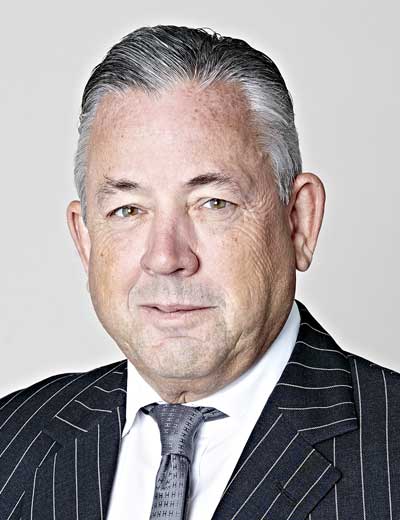 Returning to a New Normal

How to Address the Imbalance Sheet

Capital Gains Tax: Following Uncle Sam and What It Means for UK Entrepreneurs

Clearing Out Your Garage – Benefiting from Corporate Simplification

UK Insolvency Restrictions – Hoping for the Best but Preparing for the Worst?

Asset Based Lending – Funding Growth Out of the Pandemic

Pre-Pack Administrations in a Post-Pandemic World

How Can Landlords Prepare for the Return to Normality?

The prospect of a sudden end to the eviction moratorium was recently described in these very pages as “a potential Armageddon” for commercial tenants. Luckily, Armageddon seems to be off for now but the extension of the moratorium only postpones the reckoning.

Many tenants have managed to ride out the pandemic through a combination of government support and creditor forbearance. However, those shouldering unsustainable debt (including unpaid rent) may need to join in the wave of restructuring already crashing over the property industry.

Landlords must be ready for these developments—not least because the tools available to businesses looking to reorganize or write off their debts have changed. Virgin Active has been the canary in the coalmine, with its use of a Part 26A Restructuring Plan. The gym group was among the first to secure high court sign-off for this alternative, introduced last year, to the company voluntary arrangement (CVA).

The CVA has been the go-to procedure for writing off rent arrears and restructuring lease liabilities in the face of landlord objections, but the new restructuring plan (RP) process has different features that look set to make it a lasting addition to the restructuring toolkit.

With an RP, both secured and unsecured creditors are grouped into different classes based on their rights. A judge can sanction the plan even if an entire class opposes it: the inelegantly named cross-class cram down. In the Virgin Active restructuring, landlords were the “cramees.” In other words, unpaid rent can be written off, even if landlords vote against the plan.

There are protections, however. First, cross-class cram down can only be imposed if the dissenting class would be left no worse off than under the alternative (i.e., administration or liquidation). Second, at least one class of creditors that would be paid, or has a genuine economic interest, in the alternative scenario must vote in favor.

As such, as the law firm Herbert Smith Freehills has noted, valuation evidence is crucial. Deciding where value “breaks” in the distressed company capital structure will help determine which creditors can be subjected to cram down and which can enable the cram.

Challenges to the valuation are highly likely given these dynamics. The role played by the valuer and the techniques employed by them can expect to be held up to significant scrutiny as different classes of creditors try to protect their positions.

Where valuation is in dispute, the high court has suggested that creditors are entitled to more information about the plan than would normally be the case.

That distinction should work to the benefit of landlords involved in such proceedings—provided they are alert to their rights and equipped to engage in the process.

Third-party advice, arbitration and advocacy can help to ensure this and also help lessors to navigate what can, in our experience, be extraordinarily complex multiparty negotiations (both with debtors and amongst creditors).

The government has also announced plans to introduce legislation for a new arbitration system to solve disputes between landlords and commercial tenants affected by COVID-19. But landlords cannot afford to wait until they are faced with this arbitration system or presented with restructuring proposals to prepare. Portfolios should be assessed, and the financial press scoured to identify issues with tenants, long before a restructuring proposal lands.

With tenant protections now extended until March 2022, businesses have even longer to become zombified under the shield of the eviction moratorium. Getting organised in the meantime may help landlords ward off an Armageddon of their own when the time comes.

This article was first published by Property Week on July 15 2021.