The Kroll Institute Outlook opens the lens on topics related to risk mitigation, good governance and transparency. Here’s what our Kroll Institute Fellows think you should be paying attention to this month. 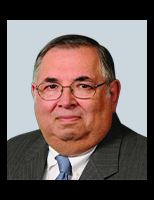 Shaping Regulations to Promote Business Resiliency in the Digital Economy

How to Protect Your Firm from Risks Associated to Insider Trading